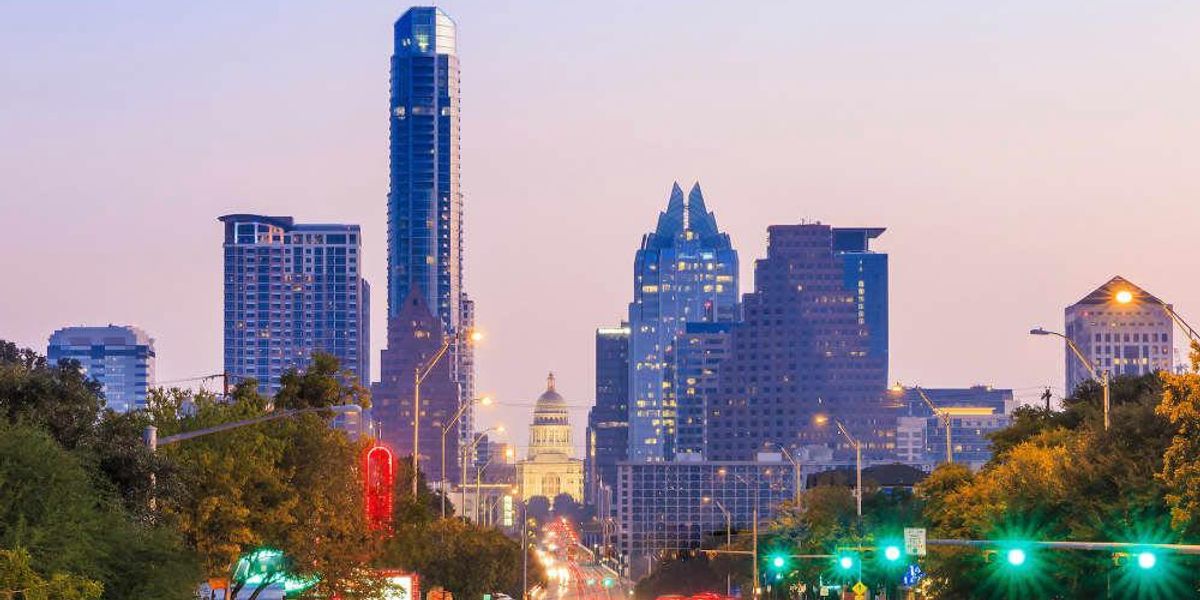 No one can gaze into a crystal ball and tell us what the population of the Austin metro area will be two decades from now. Forecasts from professional prognosticators give us a pretty good idea, though.

Based on the water board’s county-by-county outlook for Texas, the population of the five-county Austin area will reach 3,340,450 in 2040. By comparison, the population of the eight-county San Antonio area will hit 3,285,451 in 2040, according to the outlook. Some officials, including Austin Mayor Steve Adler, believe the Austin and San Antonio areas are merging into a “metroplex” like Dallas-Fort Worth.

To put these numbers into perspective, the current population of Southern California’s San Diego metro area is around 3.3 million, making it the 17th largest metro in the country. Today, San Antonio ranks as 24th largest U.S. metro, with Austin four spots behind at No. 28.

“Austin’s population growth for the last three decades has been much swifter than San Antonio’s. The thing that makes this forecasting difficult is that San Antonio’s growth has been somewhat stable while Austin’s higher growth rate is moderating,” Perdue says.

Perdue questions whether the Austin metro can sustain its higher growth rate, given its “current growing pains.” However, he says, the Austin metro has been outperforming the state’s other major metros over the past two years in terms of housing permits issued per capita. This housing growth “bodes well” for the Austin-surpassing-San Antonio scenario, he notes.

The water board’s forecast shows the San Antonio area will still be larger than the Austin area in 2030 — 2,928,335 residents vs. 2,814,237. But by 2040, the two regions will switch positions, according to the board’s projections. At that point, Austin would be the state’s third largest metro area, and San Antonio would sit at No. 4.

Dallas-Fort Worth ranks as the state’s largest metro and should remain in that position for decades to come. The Houston area almost certainly will remain the state’s second largest metro in the near and distant future.

These numbers don’t account for the possibility that the federal government will add counties to the Austin metro area or San Antonio metro area based on updated U.S. Census Bureau head counts.

The federal government defines a metro area as “a core area containing a substantial population nucleus, together with adjacent communities having a high degree of economic and social integration with that core.” So, if the federal government determined a county that’s now outside the Austin or San Antonio metro area had become more economically and socially integrated, it could attach that county to what’s currently the five-county Austin area or the eight-county San Antonio area.