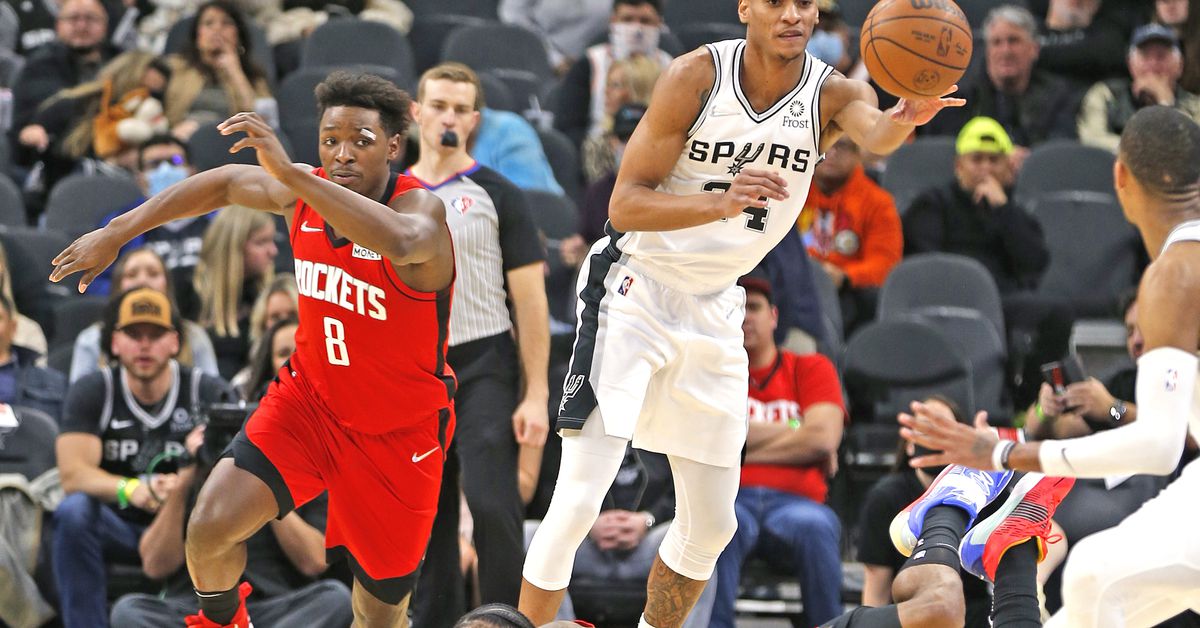 The San Antonio Spurs have completed their annual training camp and hit the road for their preseason opener against the Houston Rockets. Though both franchises might have their name etched in the Victor Wembanyama sweepstakes by the time we reach the All-Star Break, both rosters are full of players hoping to establish themselves as foundational cornerstones.

Jalen Green, Alperen Sengun, and Jabari Smith Jr. are the headliners for a gifted core yielded from the James Harden trade. Meanwhile, head coach Gregg Popovich bid adieu to Dejounte Murray three months ago and must replace his former All-Star by committee with young standouts like Devin Vassell, Tre Jones, and Jeremy Sochan. Buckle up for a fast-paced ride.

For the Rockets fans’ perspective, please visit The Dream Shake.

PtR’s Gamethread will be up this evening for those who want to chat through the game. You can also follow along with the action through PtR’s Twitter feed.