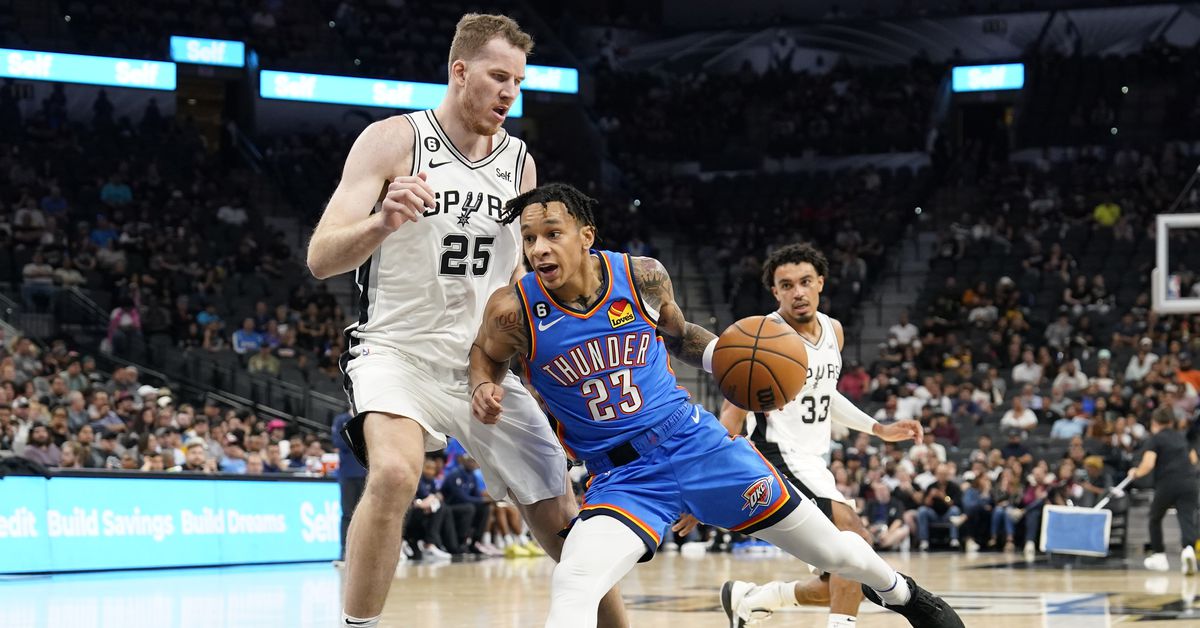 It’s been a rough stretch for the Spurs. A team that started off the season winning five of its first seven games has only emerged victorious once in the last 14 matchups. Worse yet, the losses have not been particularly close, as the team has struggled on both ends while battling injuries.

The game against the Thunder offers San Antonio an opportunity to get back on track, as they face an opponent with a losing record. Despite having a star guard in Shai Gilgeous-Alexander, Oklahoma City has taken an extremely patient approach to their rebuild, continuing to add young pieces through the draft while eschewing free agency. There are not a lot of household names on their roster, but there’s plenty of talent and athleticism that the front office and coaching staff have been trying to mold into a winning group.

The Thunder are ahead of the Spurs on the path back to relevance, but they are very much still a work in progress. Beating them won’t be easy, but it’s not impossible and it’s fair to at least expect a close game against an opponent that is similarly flawed and inexperienced.

What to watch for:

The SGA show: There are only seven players scoring over 30 points per game this season and the Thunder have one of them. Shai Gilgeous-Alexander has been one of the league’s best-kept secrets for a while, toiling in relative anonymity for a rebuilding, small-market team, but has now simply become too good to ignore. The 24-year-old guard has clearly made the leap, as he’s averaging career-highs in points, assists, steals and blocks while shooting over 50 percent from the floor. He will be an All-Star if he remains healthy and is exactly the type of tall, dynamic scoring guard who could give the Spurs’ defense fits. He took a hard fall in the Thunder’s previous game, but if he’s available, it will take a team effort to prevent him from going off, with a special emphasis needed on keeping him away from the free throw line, which is easier said than done.

Isaiah Roby’s revenge game?: The Spurs picked Roby up after he was waived by the Thunder, who chose other frontcourt players over him despite him showing progress in his time in OKC. Now he’ll have the chance to show his former team that parting ways with him was a mistake. Roby has been in and out of the rotation in San Antonio, but with injuries decimating the team’s big-man depth, he should get plenty of minutes on Wednesday. Considering the Thunder’s lack of an imposing center, he could really make an impact inside. Injuries are never a good thing, but a silver lining to them in a rebuilding year is that they allow guys who might not have many opportunities to show their worth a chance to change the coaching staff’s mind and crack the rotation. Now it’s on Roby to do just that.

For the Thunder’s perspective, visit Welcome to Loud City.

PtR’s Game thread will be up this evening for those who want to chat through the game. You can also follow along with the action through PtR’s Twitter feed.