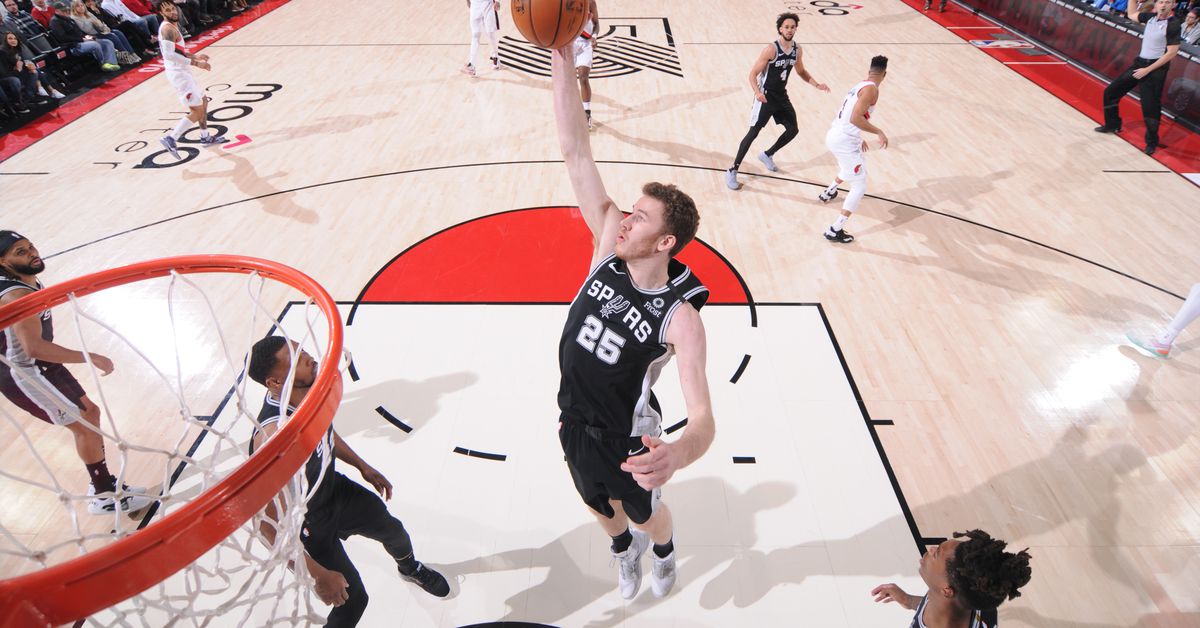 The San Antonio Spurs kick off the second night of a back-to-back with a chip on their shoulders after the Golden State Warriors handed them their second-worst loss of the season on Monday night. They must now look to leave that humiliating outing behind them as they visit another formidable Western Conference opponent in the first-place Portland Trail Blazers.

The shortstaffed Silver and Black have lost six of their last seven contests since stunning the league and getting out to a 5-2 start this season, and it seems like their unforgiving schedule is catching up to them. Head Coach Gregg Popovich has game-planned around his team’s shortcomings, but will that be enough to bounce back on the second stop of their road trip?

The Game Thread will be up this evening for those who want to chat through the game. You can also follow along with the action through PtR’s Twitter feed.