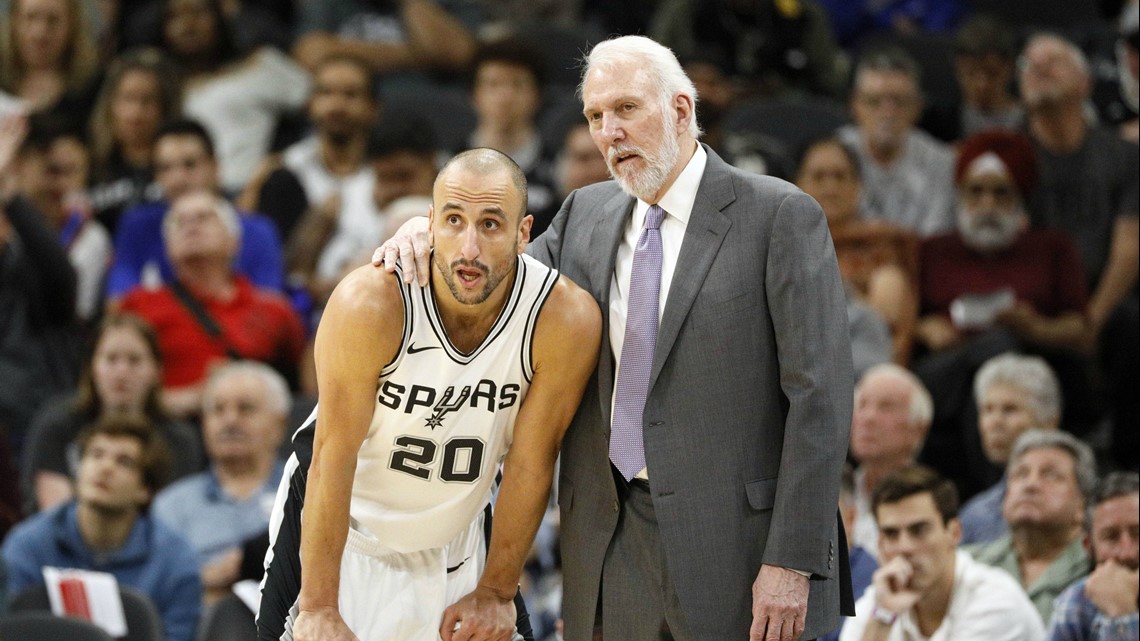 SAN ANTONIO — San Antonio Spurs‘ Gregg Popovich made it clear to start the season that no one should go betting on the team to be winning a title this season.

Of course, he was joking but in reality that is the state of the franchise: A rebuild for the future that starts this season.

Gone is the core many believed would carry the team into the future.

Derrick White is now with Boston. Lonnie Walker IV is with the Lakers and All-Star guard Dejounte Murray is in Atlanta.

Of course, deals have been made to acquire draft picks but the aim is creating a viable and competitive team for the future.

This season, the Spurs’ roster features a few teenagers, and young players, such as Keldon Johnson and Devin Vassell, who are finally getting their time as the focal point of the team.

It is a rebuilding phase in San Antonio and team legend, Manu Ginobili, is seeing how his former coach has to adapt to a direction aimed at development and teaching.

Speaking with Mexico’s El Universal, Ginobili chimed in that Popovich had to take on a teaching role more than just a coach this season.

“Popovich went from being a coach to a teacher. He now has to train players who will not make him a champion, but who will be successful when he is no longer in the franchise,” Ginobili said.

RELATED: ‘I don’t know the purpose of it’ | Tony Parker surprised Spurs’ Popovich is still coaching

And though the season just started, the young Spurs are already making leaps in their NBA growth.

From Vassell, Johnson, Tre Jones and rookie Jeremy Sochan, the players are embracing the time on the court, learning from heartbreaking losses as in the overtime game versus Memphis, playing in back-to-back nights, allowed to play through mistakes, and adjusting to higher level competition.

“You’re always disappointed when you lose but so many good things,” Popovich said following the team’s recent loss to Memphis. “These guys are growing and playing the way they need to play to win. So, it was a good night.”

In this rebuild, Popovich must exercise patience, use poor play during games as teaching moments, and keep on developing the young team as the season marches on.

And the way they are competing so well this season, perhaps their NBA learning curve will be shorter than expected.

“They never give in. They might play poorly one night or get out played. That’s going to happen to every team,” Popovich said after the team’s Nov. 4 game versus the Clippers. “They just keep on playing.”