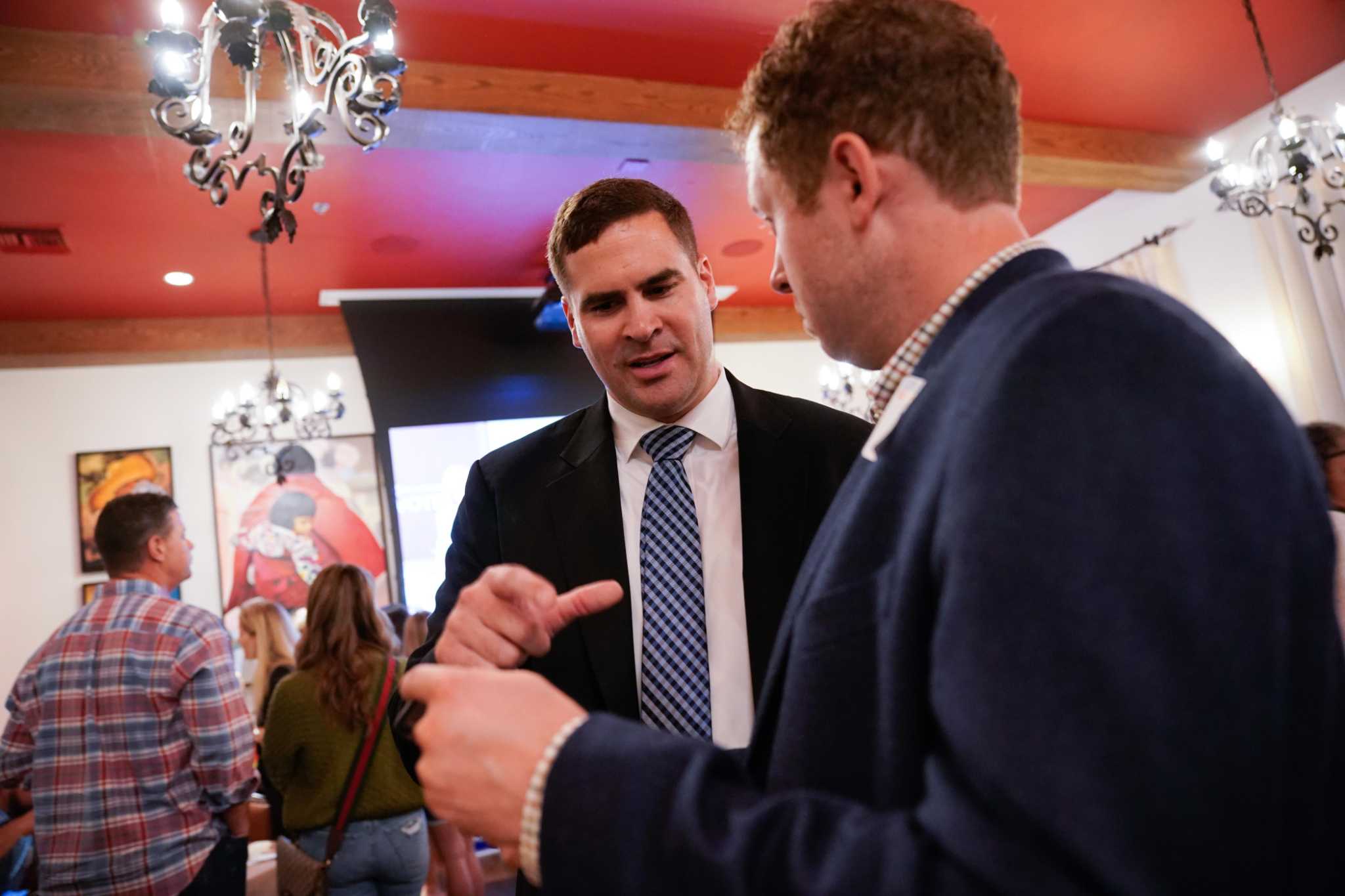 SAN ANTONIO — While many people were wrapping up work ahead of the long Thanksgiving weekend, newly-elected Bexar County Precinct 3 Commissioner Grant Moody was just getting started Wednesday morning.

Dressed in a black suit and gray tie with white stripes, the Republican was sworn by County Court at Law Judge #11 Tommy Stolhandske at the Bexar County Courthouse.

Barnard had been serving in place of Trish DeBerry, who gave up the Precinct 3 seat after entering the race for county judge last December. The vacancy triggered a special election for the office, which represents northern Bexar County, and state law required the new commissioner to be sworn in within 30 days of winning.

Moody will be the sole Republican on the 5-member commissioners court. Democrat Peter Sakai, a former family court judge, trounced DeBerry, the GOP nominee, in the race to replace to retiring County Judge Nelson Wolff.

Moody will serve as commissioner for two years before vying for the seat again in the 2024 general election. He said Wednesday that he plans to run for re-election in 2024.

He said his priorities include reducing homelessness, improving conditions and cutting overtime spending at the Bexar County Jail, and ensuring enough sheriff’s deputies are patrolling the growing county.

“How can we continue to get ahead on problems when it comes to hiring and staffing, so we’re not getting millions of overtime going forward?” Moody said, addressing problems at the jail during a news conference. “I look forward to working with the court and with the sheriff to try and improve the jail.”

The commissioner is also a lieutenant colonel in the U.S. Marine Reserves. He previously served 10 years as a Marine F-18 fighter pilot with combat deployments in Iraq and Afghanistan, logging more than 1300 hours of flight time.

“He’s a very smart guy. He’s got a terrific background, and I think he’ll bring some good conservative principles to the court,” said Wolff, who attended the swearing in ceremony alongside commissioners Tommy Calvert and Justin Rodriguez.

Moody — who holds three degrees, including an MBA from University of Pennsylvania’s Wharton Business School — has worked the past three years as a director of innovation and low carbon fuels at was San Antonio oil refiner Valero Energy Corp.’s director of innovation and low-carbon fuels for three years. He said his last day at the company will be Monday.


“Valero’s been a great company, a great employer for our whole family,” Moody said. “I hate to leave but I can’t do them both and do them well.”

After his swearing-in, Moody went to his to his office to meet his staff, pick up a laptop and get to work.

“We’ve got to get our feet underneath us, learn about some of these problems and the details and try to solve them as quickly as we can,” he said.

Moody’s wife, Stephanie, their three children and other family members stood with him as he took his oath of office.