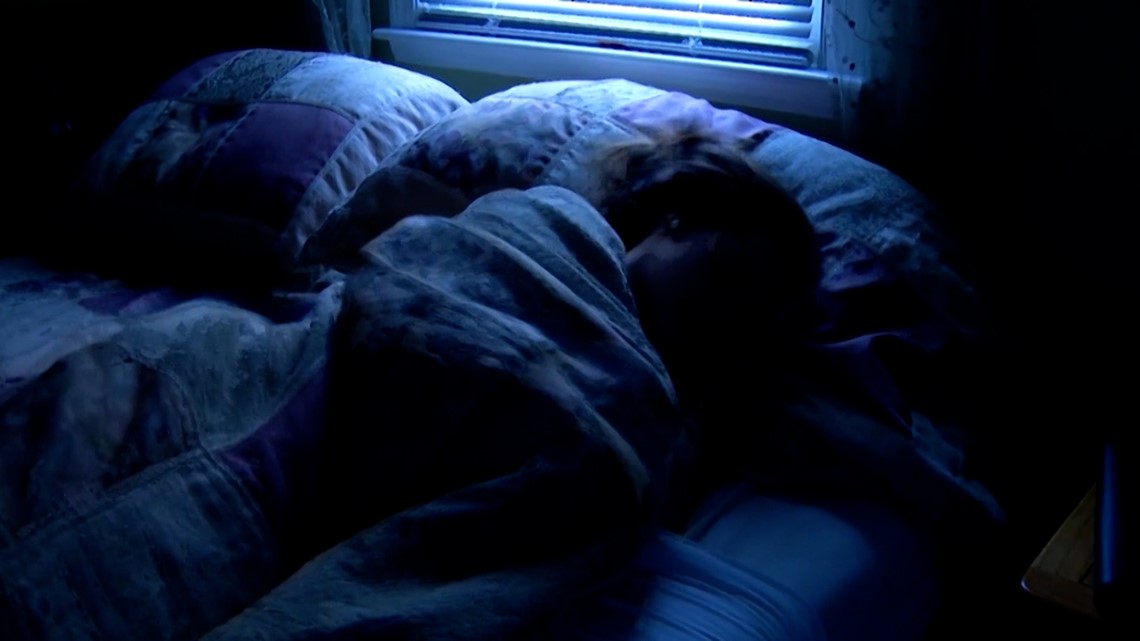 Researchers found more people reported having stress dreams during the pandemic — dreams that were both vivid and unusual.

SAN ANTONIO — You’re back in school, but forgot to study for a test. Swarms of bugs are coming after you. Your teeth are falling out.

Do these stress dreams sound familiar? More people reported having them during the pandemic.

“I work out at Toyota and if I have a bad day on the assembly line, if something is just messing with me on a certain part or building, I’ll re-live that over and over in my sleep,” said Jim Greg from Floresville.

More people reported dreaming more often during the pandemic; Dreams they could recall that were both vivid and unusual.

“What I usually tend to dream about is aliens, some form of existence other than us. I usually have those dreams when I’m going through something, when I’m trying to figure out where I’m at in life,” said northwest-side resident, Amy Grunder.

KENS 5 talked with dream researcher, Dr. Deirdre Barrett, about what these dreams could mean and how you can control them. Barrett is a Lecturer in Psychology in the Department of Psychiatry at Harvard Medical School.

In Barrett’s book, Pandemic Dreams, she shares what she learned from her survey of 9,000 dreams throughout the pandemic.

She found, early on, dreams were focused on the virus and fears of catching COVID.

“I’m having trouble breathing, I’m spiking a fever or that a loved one was showing signs,” Barrett explained. “This idea of invisible monsters. I know they’re out there but I can’t see them. In some people’s dreams, you could hear their footsteps but you couldn’t see them, or you could see their shadow but couldn’t see them.”

Some people, she said, had more symbolic dreams.

“Tsunamis coming at me, a tornado. Natural disasters seem to stand in for any kind of crisis,” said Barrett. “I saw a lot of the same tsunami-type dreams after 9/11 when I collected dreams.”

RELATED: Having vivid dreams during the pandemic? There’s a reason behind them

A new metaphor for disasters she discovered was swarms of insects attacking people in their dreams.

But a couple of months into the pandemic, Barrett noticed a shift. Instead of people dreaming about COVID itself, they dreamt of what the virus caused, like lockdowns.

“Being thrown into prison in solitary confinement. One woman was told she’d been chosen to be the first Mars colonist and she was going to be a Mars colony of one. She was protesting because she didn’t apply for this,” said Barrett. “Another mother dreamed that homeschooling consisted of studying and taking your child’s exams and that she was failing the middle school math exams and her son was going to have F’s in math.”

The stress caused by the pandemic caused more general anxiety dreams, too.

“More of the I’m naked and not properly clothed in public, more of my teeth are falling out…the bad imagery became more common,” Barrett explained. “They’ve overslept. They’ve forgotten they were taking the course and haven’t studied, they studied for the wrong course, they can’t find the classroom, or they get in the classroom and they’re handed an exam that’s all in hieroglyphics.”

In her research, Barrett found twice as much fear in the dreams during the pandemic as there had been in a big sample she collected before March 2020.

For women, Barrett says sadness and anger in dreams were up significantly. This was not the case for men, she added.

To be clear, there were indeed positive dreams reported. For example, dreaming about the pandemic being over and cures being discovered. Barrett says those positive dreams, however, were the minority.

RELATED: Stress from the coronavirus can lead to insomnia, expert says

So how can we control these stressful dreams?

First, Barrett says don’t believe dream dictionaries you see online. Those are based on one person’s interpretation. Yours could be different.

She says, before you go to sleep, think about what you want to dream about.

“Think about your favorite dream you’ve ever had or just a happy dream,” she recommends. “About half the time, if you practice for several nights trying to dream on a particular topic, that content will show up.”

What may be most helpful, she says, is sharing your dreams with a friend.

“Sharing dreams is very much a shortcut to this experience of we’re all humans, we’re all having a lot of the same feelings.”