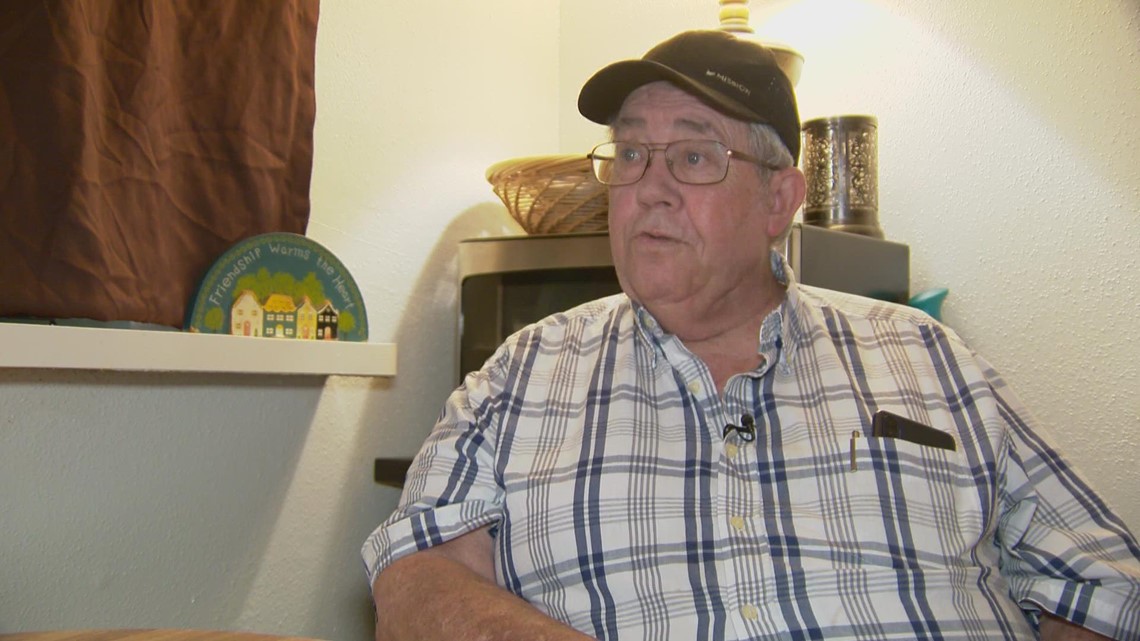 Gary Spears briefly used a rental car to get around, but is no longer able to afford it.

SAN ANTONIO — A San Antonio man fighting cancer now has to find an alternative way to get to his medical appointments after criminals stole his truck.

The avocado-green 1996 Chevrolet S-10 pickup is Gary Spears’s only vehicle, and a model which is no longer even in production.

Spears, a 72-year-old who lives in an apartment complex off Pecan Valley Drive and South New Braunfels on the south side, says he has lung cancer and heart problems. He’s also on a fixed income, and says he doesn’t understand why anyone would want to steal from him.

“I have no way of going to the store,” he said. “I can’t really walk too well anymore. I have COPD (chronic obstructive pulmonary disease), I run out of air.”

Spears says his truck’s tires were slashed just two weeks before it was stolen. He and his caretaker, Kristina Glover, are now wondering about their options.

“He is going through enough with his health issues,” Glover said. “Then to have his stuff taken from him… he doesn’t deserve it. I thought he was going to have a heart attack the other night when I ran and said, ‘Your truck is gone, your truck is gone.'”

After filing a report with SAPD, Spears rented a car. But he was forced to turn it back in Wednesday, unable to afford continuing to use it.

He’s now hoping to save enough money to buy another car soon.