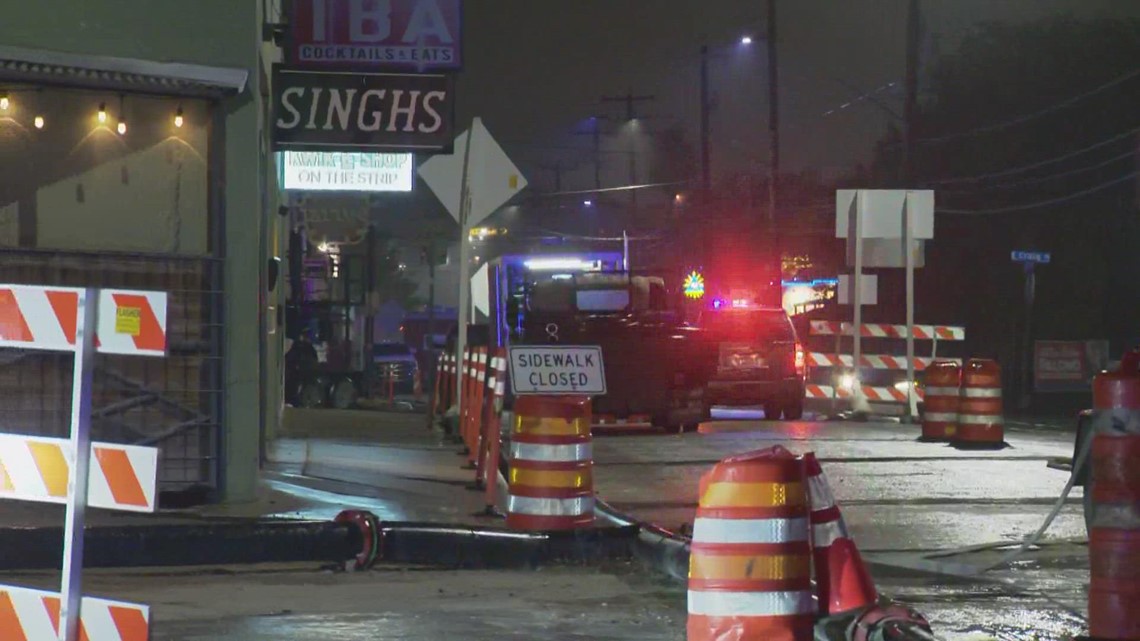 SAN ANTONIO — Frustration continues along the St. Mary’s Strip.  Business owners like, Aaron Peña, are fed up with a major city construction project taking over the streets.

He said the work is wreaking havoc on establishments. Peña told KENS 5, earlier this week, his business made less than $70.00.

“Best way I can describe it is like a warzone,” he said. “Non-stop.”

Peña owns ‘The Squeezebox’ and is asking the city to step up and help. He said the city construction project is costing his business big time, he is estimated 50 percent in losses this year.

“I have compared that to some of my peers up and down the street, everybody is losing 10 to 50 percent, currently,” he said.

Peña said the construction started last year. But, as it ramped up it has now greatly impacted traffic flow, which means lack of business. On Sunday, he said he only raked in $67 in revenue.

“How are we expected to survive on revenue like that,” he said.

Meanwhile, on Tuesday District One Councilman Mario Bravo was touring the area with a staff member.

“I am listening, he said. “I am advocating. I sympathize with them.”

He said he is working on trying to find relief for these owners and acknowledges the project hasn’t been smooth sailing.

“There have been a lot of delays,” Bravo said. “One subcontractor has been let-go because they weren’t getting the job done.”

Peña said financial help from the city would help businesses stay afloat. Bravo said he is having city staff explore those possibilities.

“My biggest concern is the smallest businesses I don’t want anyone to go out of business,” he said.

However, Peña said relief is needed now. He said if this project keeps going as is, he doesn’t know what will happen to his business or others in the area.

“We keep going down this path, I personally go under in the next six months to a year,” he said. “This is a cultural hub, and it is at risk of being washed away.”

Bravo said the city is working with the contractor and is having crews now work six days a week, instead of five. He hopes this will expedite the project, and said it is looking at a March 2023 timeline.

Below is what the city sent to KENS 5.

The North St. Mary’s Street Construction Project has been a challenge for the City, the contractor and local business owners. The City of San Antonio is working closely with the contractor, Spawglass, to ensure project accountability & scheduled deliverables are being met.

The City of San Antonio has updated the construction plan to expedite the project. The updated plan completely closes St. Mary’s Street to traffic in smaller sections. This allows each section of roadway and sidewalks to be completed monthly with a final layer of asphalt, striping, signage, landscaping, and other finishing touches complete by Summer 2023.

Weekly meetings with the neighborhood, local business owners, the City and the contractor, occur every Friday on St. Mary’s Street to share updates and discuss concerns.

Additionally, City Council approved $400K in the FY 2023 budget to create a construction mitigation program. A proposed program will be presented to City Council in January.

City of San Antonio understands that large construction projects are not easy. We invite our local business owners to work with us as we try to come up with solutions to lessen the impact and encourage the community to help support local businesses on St. Mary’s Street.