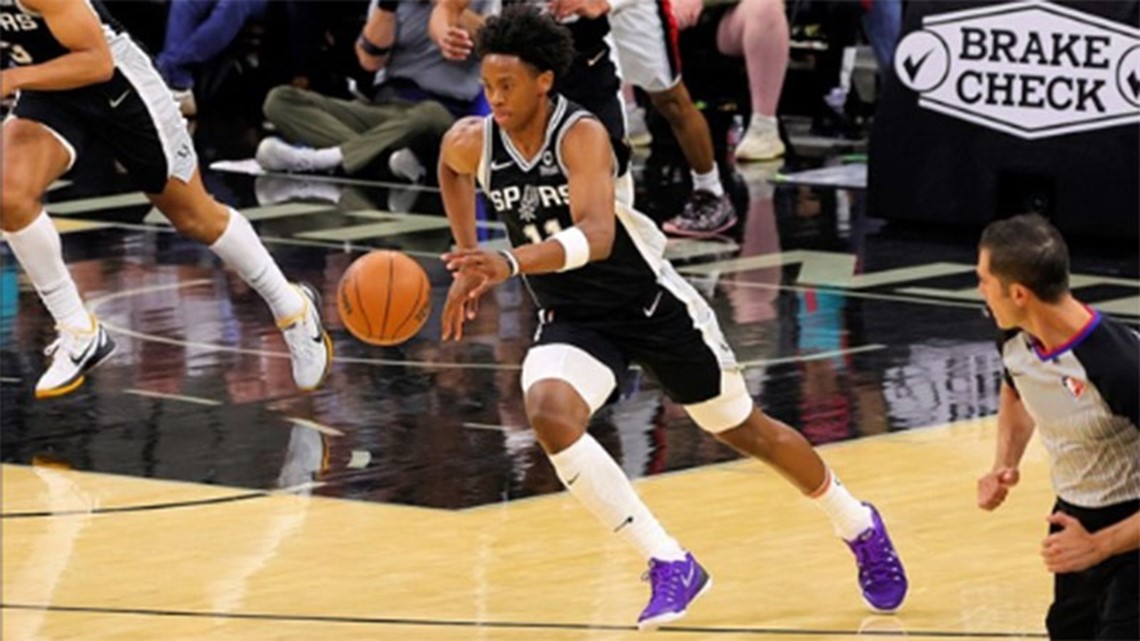 The Spurs will begin training camp and their preseason slate very soon.

SAN ANTONIO — The San Antonio Spurs’ start of the 2022-23 regular-season is closing in fast, and the team’s set of preseason games will start next week.

Here’s how you can catch the Silver and Black preseason action.

The Oct. 13 preseason game versus the Thunder will not air on the Spurs app, according to the league.

This will be a great chance to get a look at the team’s three rookies, finally see Jeremy Sochan play, see the team reunite with ex-coach Will Hardy, who is now the head coach with the Jazz, and get a look at the 2022 top NBA pick Paolo Banchero with the Magic.

The Spurs also this week announced their broadcast schedule for the 2022-23 season, including 13 games that will appear on KENS 5, the official station of the San Antonio Spurs.

Early in the season, KENS 5 will showcase back-to-back games at home against the Los Angeles Lakers on Nov. 25 and 26. The station also will broadcast the Silver and Black’s international game in Mexico City as they play the Miami Heat on Dec. 17. In addition, KENS 5 will be showing exclusive Spurs content within the station’s newscasts and digital sites.

Will you be watching all the Spurs’ preseason games? Let us know on Twitter at @KENS5 and at @JeffGSpursKENS5.