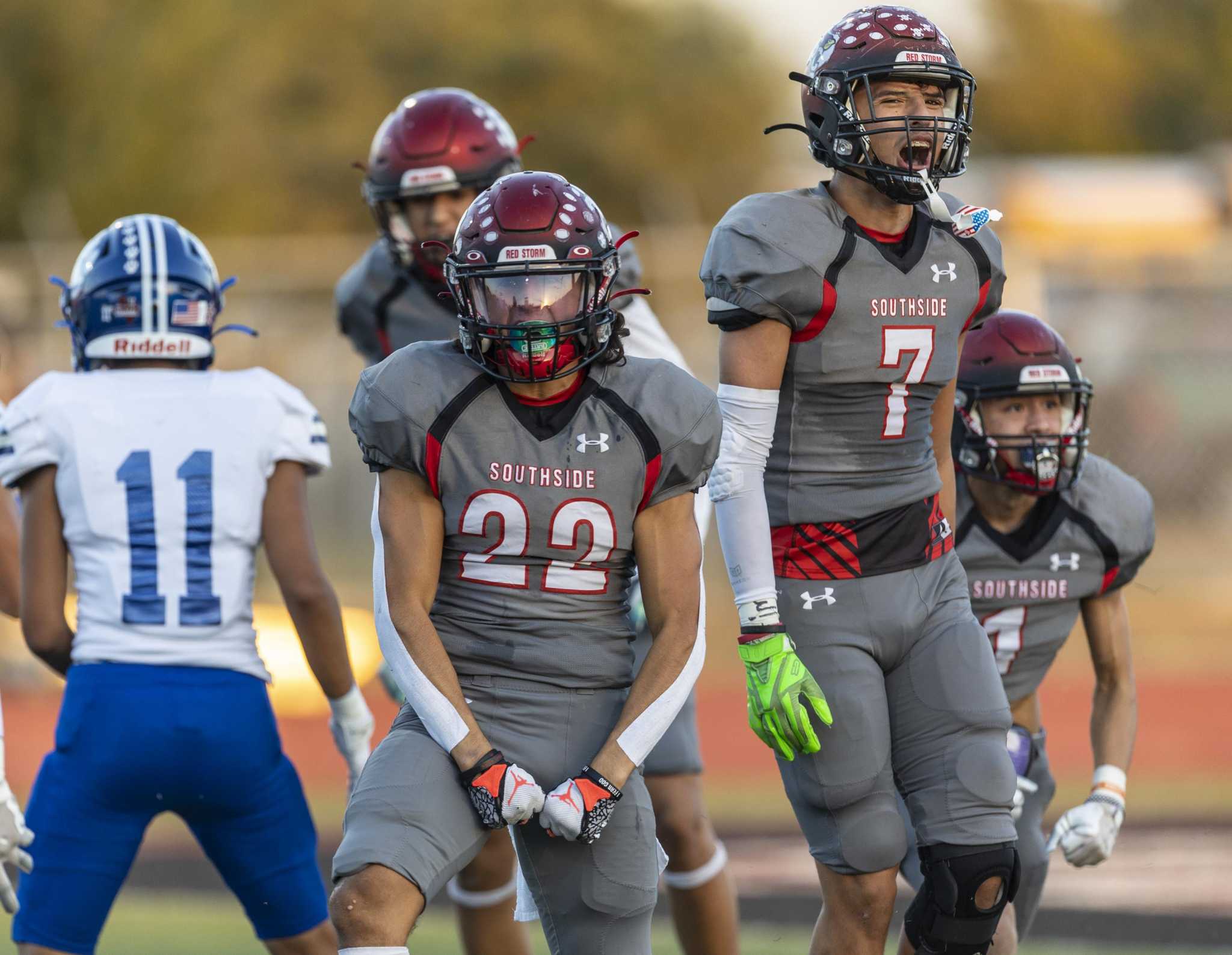 Quick take: The host Cardinals won their fourth straight game and remained unbeaten in district play by dismantling South San. Southside used a strong ground game, getting two touchdowns from Jason Perez and another from Matthew Castenada, and solid defense — limiting the Bobcats (3-3, 1-3 District 13-5A-I) to 67 total yards and four first downs in the first half — to open up a 28-0 lead by halftime. South San now has dropped three of four after a 2-0 start to the season.

Highlights: Southside (5-1, 4-0) broke open a 7-0 contest with three touchdowns in a span of 3:58 to seize a 28-0 lead and take control of the game. The burst started with a 19-yard run by Castenada, and on South San’s next possession, the Cardinals’ Noah Ramirez ran back the Bobcats’ punt 34 yards for another score.

Perez finished off the surge with a 3-yard touchdown run of his own on Southside’s next drive, and the Cardinals never looked back. Southside rolled up 356 rushing yards on 31 carries (11.5 yards per carry), and 405 yards of offense while holding South San to 175 yards of total offense.

What it means: The victory keeps Southside near the top of the District 13-5A-I standings with a huge game against unbeaten Cigarroa on tap next week.

Meanwhile, the Bobcats need to regroup quickly if they want to revive their state playoff hopes, which are growing dimmer by the week. South San can take solace in that it already has faced the likely top two teams in the district in Cigarroa and Southside.

Quotable: “We got the momentum on our side early and got some breaks. We have a lot of weapons. We have three or four kids who can run the ball, and our offensive line is getting better,” Southside coach Ricky Lock said. “Our kids have worked hard and we’ve come a long way since Week 1.”