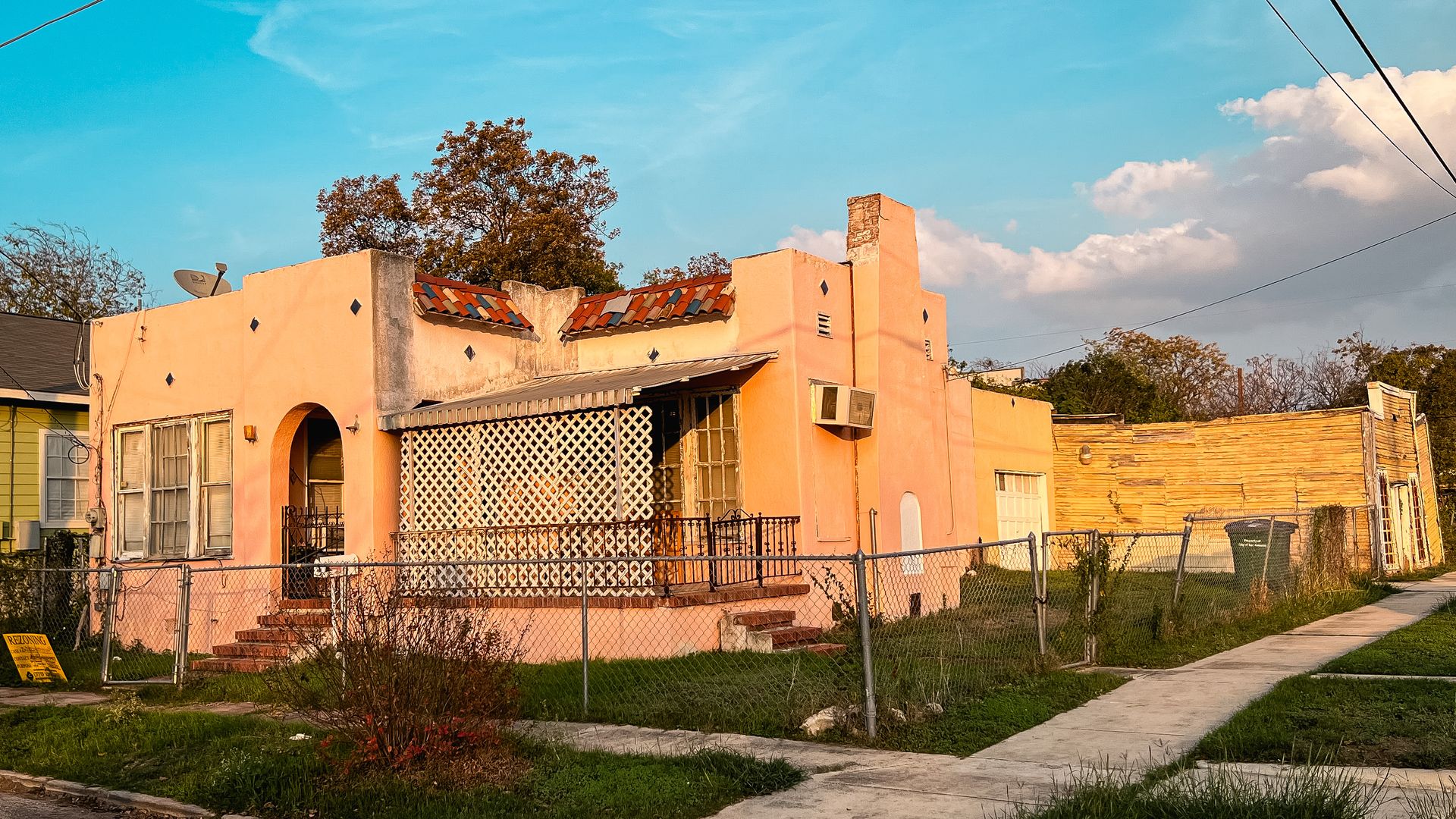 Alma and Eugenio Chavarria’s home in the forefront and the former grocery store, which they hope to convert into a performing arts studio, in the background. Photo: Courtesy of Alma Chavarria

Owners of a home near the route of San Antonio’s Martin Luther King Jr. March are working to honor its place in local Black history by transforming it into a performing arts center for the underserved East Side community.

Why it matters: As the East Side grapples with rapid gentrification and loses its original housing stock, 230 Cactus St. — which consists of 106- and 113-year-old structures — stands as an example of the city’s social and historical heritage.

What’s happening: Alma and Eugenio Chavarria, who have lived at the home since 1995, are awaiting approval from the Office of Historic Preservation to renovate the deteriorating residence, which is in need of electrical and plumbing work as well as foundation and roof repairs.

Flashback: Alma says neighbors like George Frederick, a community outreach leader, remembers the home being at the epicenter of local civil rights activism with visits from King and his local associate, Rev. Claude Black, in the 1950s and 1960s.

What’s next: City Council will consider the rezoning proposal on Feb. 2.