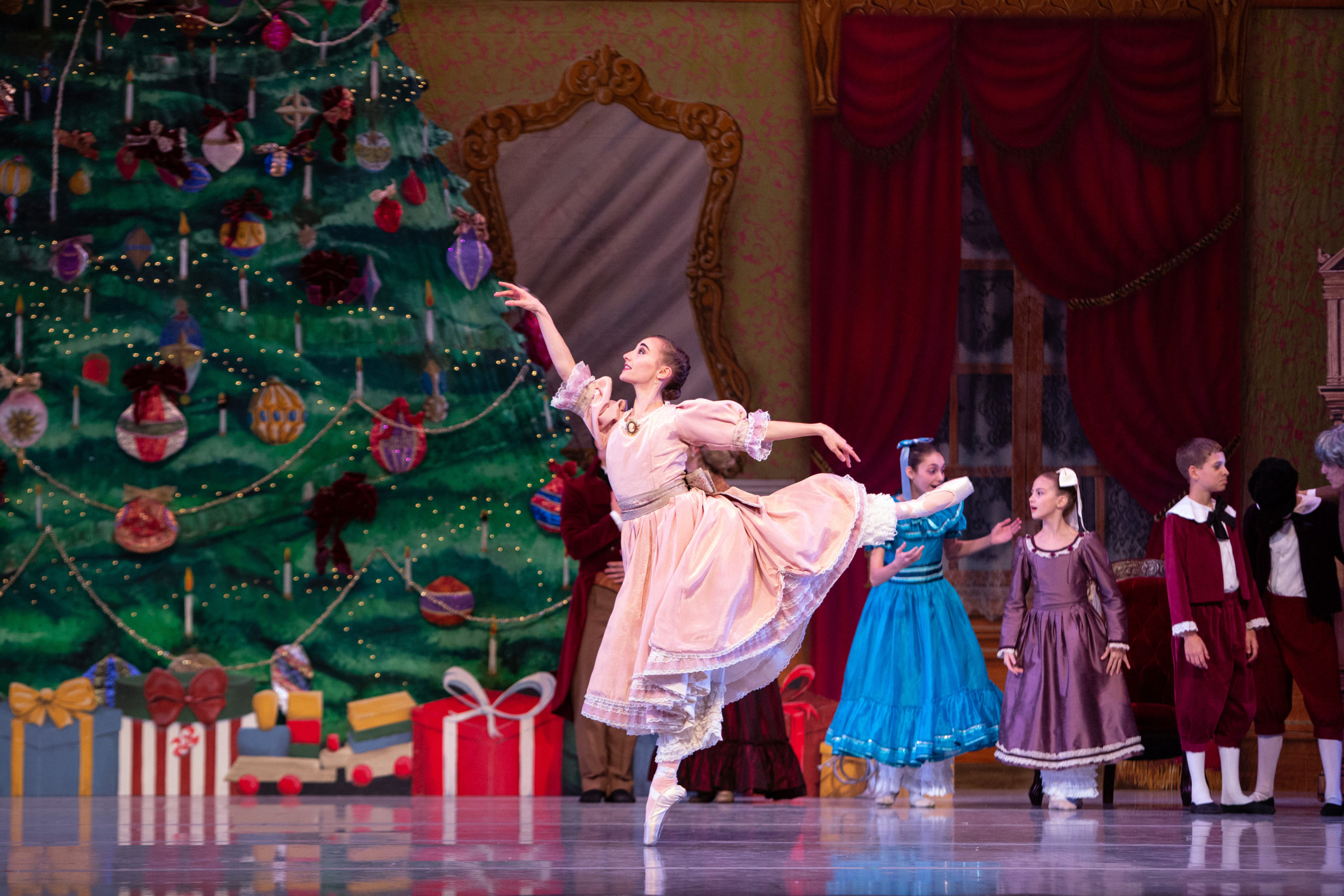 Doc Watkins and his band are playing all of your Christmas favorites, including tracks from their latest album, “A Tribute to A Charlie Brown Christmas,” which was released Nov. 20. Several dates already have sold out but some seats remain for December concerts. Through Dec. 22. 312 Pearl Pkwy., Bldg. 6, Ste. 6001

Watch a retelling of this classical tale about the boy and his stuffed rabbit who longs to become real. The Magik Theatre production is on stage through Dec. 24 with a sensory friendly performance planned Dec. 3. Nov. 19-Dec. 24, 224 S. Alamo St.

A Christmas Carol The Musical

The musical version of this classic Charles Dickens story is on stage at the Public Theater of San Antonio. Watch as the grumpy curmudgeon who values wealth above all else learns his lesson during visits from three Christmas Eve ghosts. Fridays, Saturdays and Sundays, Nov. 25-Dec. 18. 800 W. Ashby Place

Your kids’ favorite song by Pinkfong gets a holiday spin in this stage show at the Majestic Theatre. Along with “Baby Shark” expect to hear “Jingle Bells,” Wheels on the Bus,” and much more. Nov. 27, 2 p.m. 224 . Houston St.

Dr. Seuss’ How the Grinch Stole Christmas: The Musical

Broadway’s version of this Dr. Seuss favorite is on stage at the Majestic Theatre. Watch as the Grinch discovers the true meaning of Christmas in a musical featuring songs like “Welcome Christmas” and “You’re a Mean One, Mr. Grinch.” Max the Dog narrates the show. Nov. 29-Dec. 4, various times. 224 E. Houston St.

The Classic Theatre’s version of A Christmas Carol is a one-man play adapted by Greg Oliver Bodine. Friday and Sunday performances will feature actor Ray Seams while Thursday and Saturday shows are being performed by Kurt Wilkinson. Dec. 1-18, Maverick Carter House, 119 Taylor St.

Learn about how C.S. Lewis’ life changed after an encounter with fellow author J.R.R. Tolkien. Lewis was an atheist who long believed that the story of Jesus’ birth was a myth but was convinced otherwise after hearing from Tolkien. The stage show is playing in the Tobin Center’s Carlos Alvarez Studio Theater. Dec. 8-11, 100 Auditorium Circle

Enjoy a condensed 1.5-hour performance of The Nutcracker featuring students from the Children’s Ballet of San Antonio students as Clara, the Mouse King and other roles. Along with the production, there’s a holiday market, magical makeovers and plenty of sweet treats available for purchase. Dec. 9, 7 p.m.; Dec. 10, 2 & 7 p.m. Lila Cockrell Theatre, 900 E. Market St.

Doc Watkins and His Orchestra: The Music of a Charlie Brown Christmas

For one night only this season, Doc Watkins and his crew are leaving the stage at Jazz, TX to share their favorite Charlie Brown holiday tunes with an audience at the Tobin Center. The concert will also include big band-style arrangements of holiday classics. Dec. 14, 7:30 p.m. 100 Auditorium Circle

The Grammy nominated singer and pianist will perform holiday favorites plus some of his own hits, like “Angel Eyes,” and “If You Believe.” Dec. 28, 7:30 p.m. Tobin Center, 100 Auditorium Circle

If you don’t have the chance to see this Tchaikovsky classic before Christmas, the Majestic Theatre provides one final opportunity after the holiday. Ballet stars from Ukraine perform classic technique alongside larger-than-life puppets and exquisite sets. Dec. 29, noon, 4 & 8 p.m. 224 E. Houston St.

The multi-platinum selling progressive rock group is back on tour with “The Ghosts of Christmas Eve – The Best of TSO & More.” The performance includes pyrotechnics, lights and other fun alongside the music. Dec. 30, 3 & 7:30 p.m. AT&T Center, 1 AT&T Pkwy.