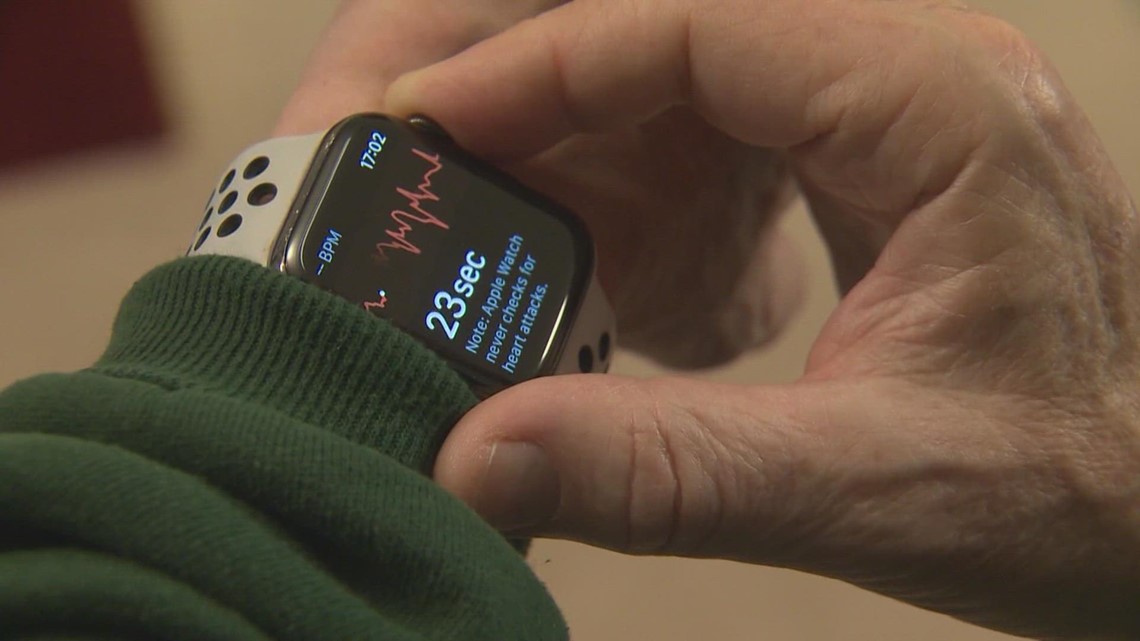 “I’m lying on the ground, and I’m looking up and I can’t read the street signs,” said Travis Womack.

SAN ANTONIO — After an early morning bicycle accident that could have ended much worse for one far west side resident, a small piece of technology helped him both find help and make his way on the road to recovery.

Travis Womack covers most of the tabletops in his home with fully assembled Lego sets. There are so many that he says he’s lost count.

“I know we’ve got close to a hundred, plus or minus,” he said.

The retired network systems engineer and his wife have been collecting sets for 40 years, so it can be tempting to piece together that Legos take up most of his free time. But he has a bigger hobby.

“I probably spend more time on my bike than I do doing Legos,” Womack said.

“It started to rain, and I was taking a corner, maybe a little faster than I should have been,” he said. “All of a sudden I’m sitting there laying on my side or on my back.”

Womack said the accident broke his femur, which he didn’t realize at the time. All he knew was that he could not move. Fortunately, he had fall detection activated on his Apple Watch, which helped in more ways than one.

“When it called the EMS, it also told them where I was,” Womack said. “Because I’m lying on the ground, and I’m looking up and I can’t read the street signs.”

He said on top of calling EMS, some of the apps on the watch helped during physical therapy, so he could him put himself back together sooner.

“I use those to set my targets on what I needed to do. And I was able to get out of physical therapy sooner and still keep my recovery going.”