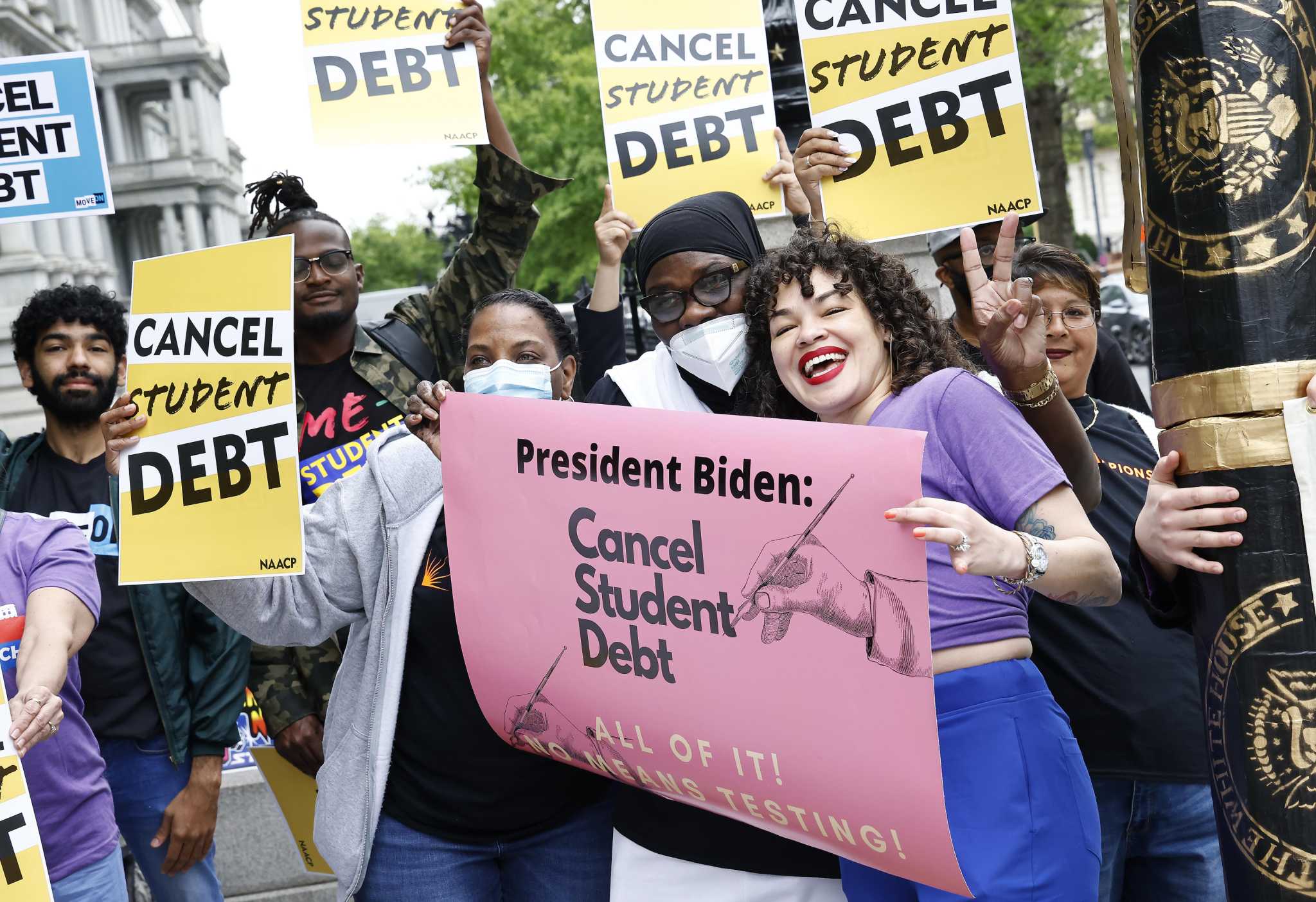 Here’s what you should know about the program that has Republicans calling it unfair or threatening to challenge the legality.

There is a small group of people who can’t apply for student loan forgiveness if they received a private loan. That’s about 8% of student loan holders, according to a 2021 report.

When can I apply?

Next month. That’s nebulous but Secretary of Education Miguel Cardona tweeted out on September 5 that the application will open up in “early October.” In the meantime, you can sign up at the Federal Student Aid website to make sure all your information is up to date.

People must apply before November 15 to be eligible for loan forgiveness before the December payment pause ends. The White House said that “the application will be available no later than when the pause on federal student loan repayments terminates at the end of the year.”

What if I don’t qualify?

You should consider getting in touch with your private loan provider and refinance for a lower interest rate and payment. There are also other loan forgiveness programs and payment assistance. Here are a few.

What is a Pell Grant?

Pell Grant is a term you probably read or heard a lot about when it comes to student loan forgiveness, but you may not know exactly what that is or if you received one.  A Pell Grant, simply put, is financial assistance received from the U.S. government based on your income that does not have to be repaid.

You can check if you received a Pell Grant by logging in to StudentAid.gov.

When the White House announced the loan forgiveness program, it said that Pell Grants used to cover about 80% of the cost of a four-year public college tuition, but now it only covers a third of college costs.

On Tuesday, September 13, 22 Republican governors, including Texas Gov. Greg Abbott, sent a letter to the White House asking Biden to call off the student loan forgiveness program because it saddles taxpayers with student debt. They also said that it was unfair to people who paid off their student loans.

They also say that Biden lacks “the authority to wield unilateral action to usher in a sweeping student loan cancellation plan.”