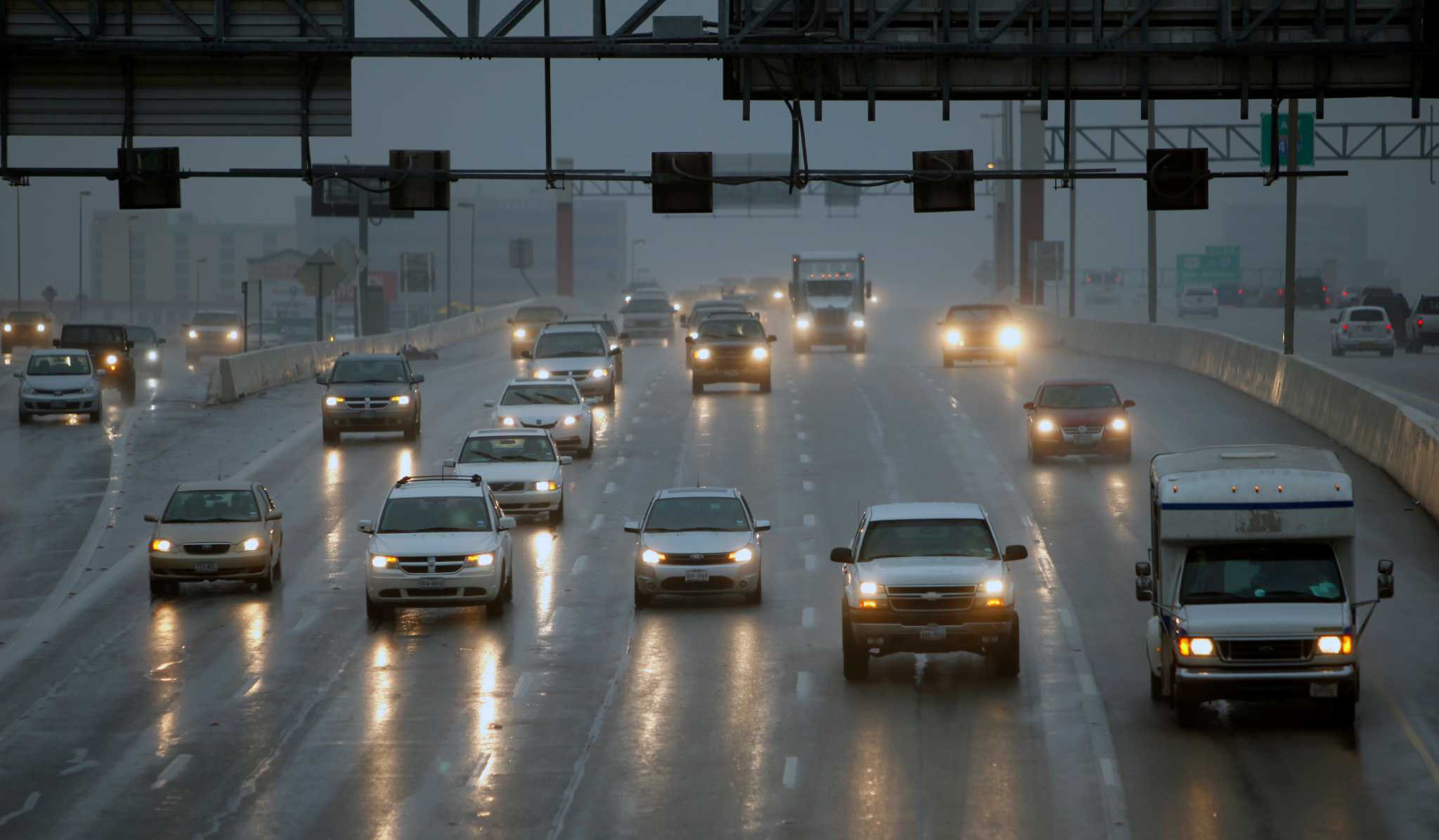 Since January 2012, rainy days have seen an average of 167 crashes per day, according to the Texas Department of Transportation’s Crash Records Information System (CRIS). But on days with fine weather, an average of 151 crashes per day occur. An Express-News analysis of CRIS data found this difference to be more than a simple chance.

To determine these conclusions, the Express-News used information such as weather, road conditions and types of injuries sustained.

Though San Antonio has sporadic rain throughout the year, there are certain days the Express-News determined to be “rainy days.” On these days, at least one-fifth of crashes for the day noted “rain” as the weather or that the surface condition of the road was “wet” or “standing water.”

Segmenting the data in this way allowed us to account for inconsistent data entries for each day’s crash reports — in which multiple types of weather conditions were listed for crashes occurring on the same day. Our analysis found an average of 71.3 rainy days per year — slightly under the estimate of 71.5 rainy days per year. The majority of days in San Antonio are clear or cloudy with dry roads, a category that we have labeled “fine-weather”.

In addition to fine-weather and rainy days, we also looked at extreme-weather days. An average of three times per year, San Antonio has a day of extreme weather, meaning 20% of incidents reported that day mentioned snow, ice or sleet. An average of 216 accidents occur on these days.

Across all crashes that happened in Bexar County between January 2012 and October 2022, 2 percent resulted in fatal or serious injuries.

When it rains in San Antonio, there are, on average, 3 of these severe crashes. This is the same daily average for fine- and extreme-weather days.


According to TXDOT, the top two causes of fatal crashes are failing to drive in a single lane and driving under the influence. Of the 2,010 fatal crashes in Texas, about 90% occurred in clear weather conditions.