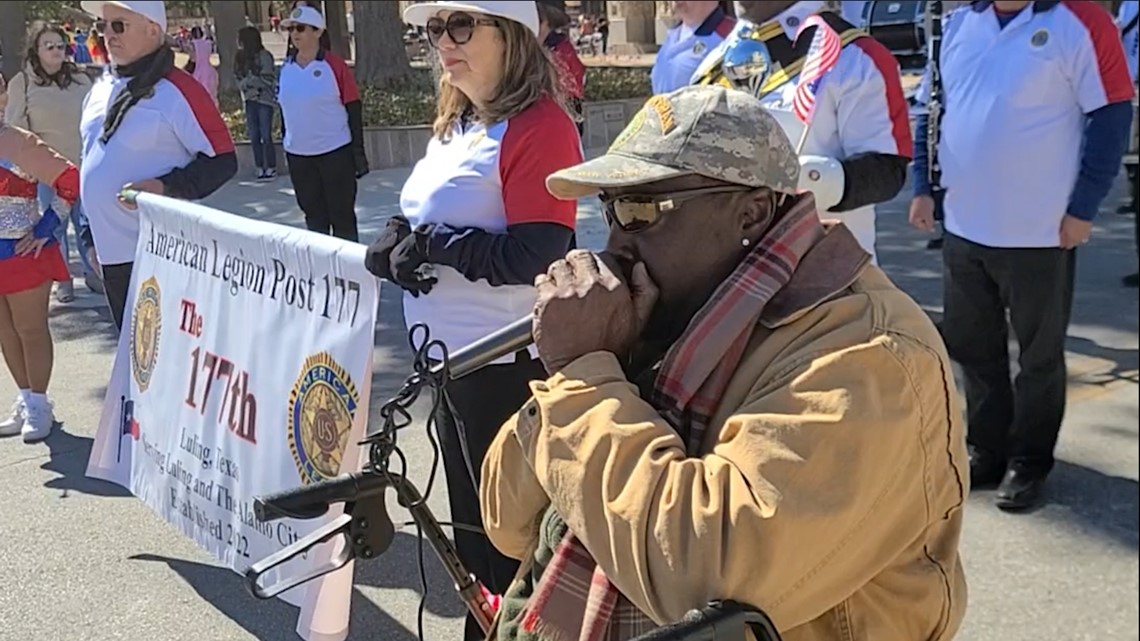 Gregory Fountain stopped at a San Antonio memorial site to place a tune on his harmonica. Here’s what happened next.

SAN ANTONIO — Army Veteran Gregory Fountain served his country in Iraq and came to San Antonio in 2014. He told KENS 5 he lost his wife to illness and his apartment just after COVID-19 hit. Now he’s working with SAMMinistries to get back on his feet.

So when Fountain came across the Vietnam War Memorial on a Tuesday morning a few weeks ago, and we met with thoughts of his brother that served in the conflict, he decided to reach for something comforting.

It was a harmonica.

Fountain played Taps. The sorrowful song that often accompanies a veterans funeral. At the same time, three men suddenly came up behind to him. Of course, if you read the title, you know this is a good story.

“They walked up behind me as I was playing Taps. The older guy was a colonel. He said ‘that’s the best rendition of Taps I’ve ever heard’. Then they offered me the opportunity to play for today,”  Fountain said. “It was a really good conversation. They talked about their service to the country and I told them what I did. There was like… there was a connection there.”

Fountain’s fellow veterans asked him to play his harmonica again at Saturday’s veterans parade in San Antonio. KENS 5 spoke to Fountain before the performance Saturday morning.

“When you are going through certain (tough) times everyone has there outlet. For me this was a great outlet. I could express myself with my harmonica,” Fountain said.

KENS 5 also spoke to one of the veterans who met Fountain on that Tuesday. Marine Veteran Moses Paul Perez said he had never heard Taps played in that way.

Perez performs with the  American legion Band Post 177. Fountain was able to perform Taps again with the band behind him before the ceremony started.