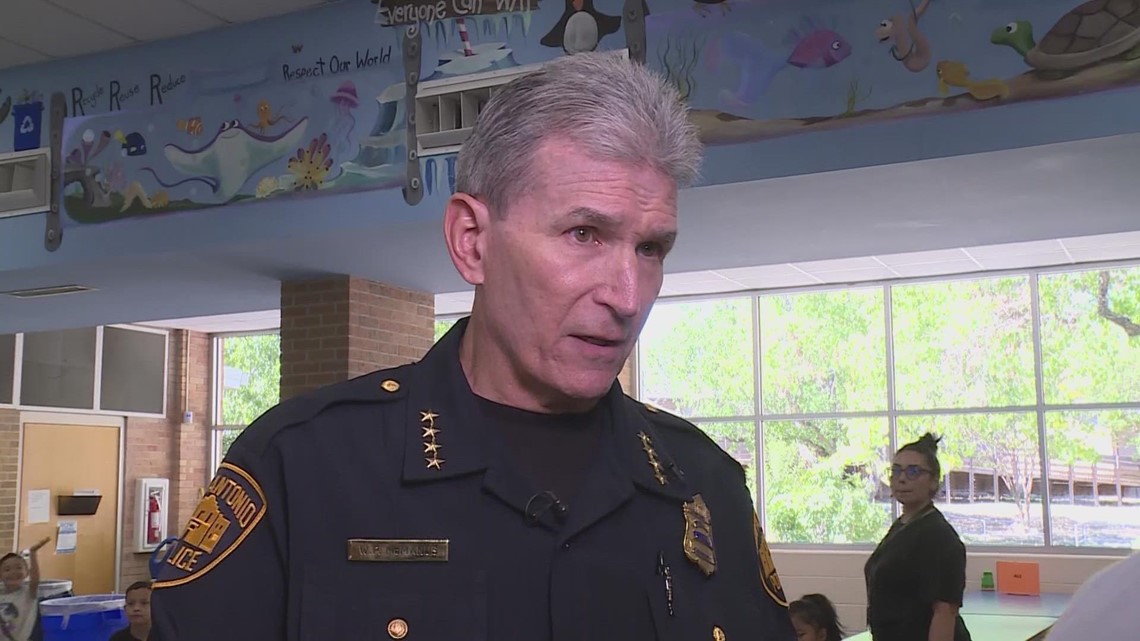 San Antonio Police Chief William McManus said his department could not get involved where no one could find a crime.

“I’m not going to comment on anything that the sheriff is doing or has done,” McManus said. “If there’s a comment to be made on that, I would respectfully refer you to the sheriff.”

“We did a lot of investigating to find out, number one, who was involved or who knew that this was happening,” McManus said.

Governor Ron DeSantis admitted to flying to the upscale East Coast community. Salazar wants to know if the flight was legal.

According to San Antonio’s top cop, the premise of being lured is something he can’t prove.

SAPD said they never received a crime report from the migrant resource center. Therefore, they have nothing to investigate.

McManus said SAPD would not get involved, and neither would the city of San Antonio.

The chief said he called the FBI and Homeland Security Investigations (HSI) to see if this was on their radar.

“The feds didn’t know anything about it, meaning HSI,” he said.

If there were a human trafficking case, SAPD traditionally allows federal agencies to pursue the investigation.

Salazar continues to probe the migrant flight. His office had to take precautionary measures after he announced the investigation.

In a statement, a BCSO spokesman said deputies received numerous threats, and hateful emails to dispatch and their administrative offices. The communications, according to BCSO, have stopped.