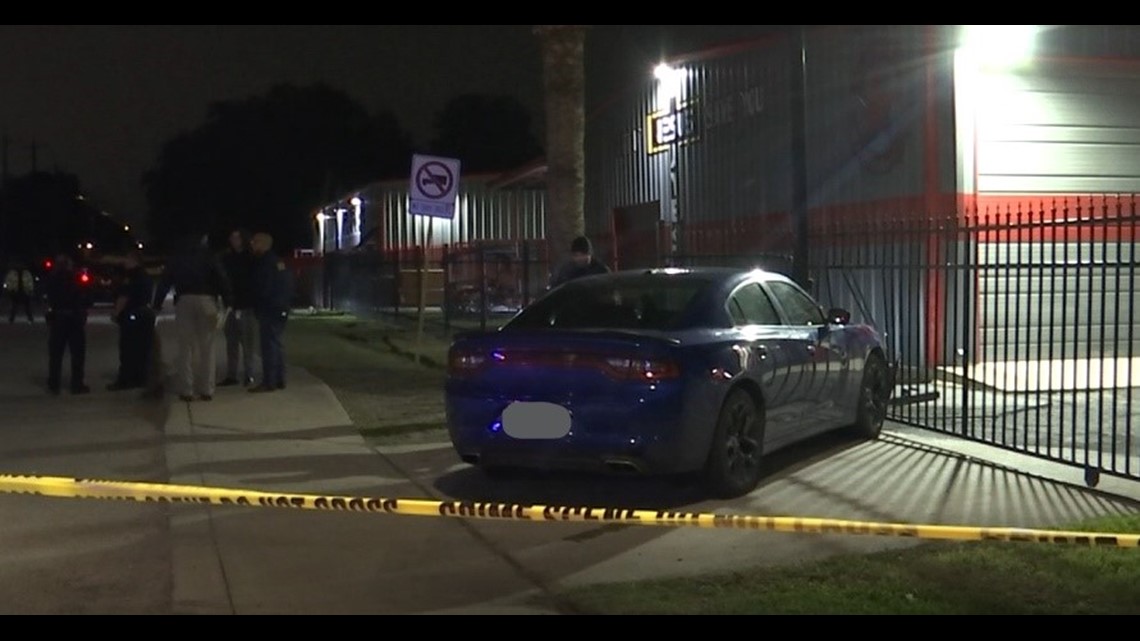 Radio transmissions related to the call indicate the officer could be the owner of the stolen vehicle.

SAN ANTONIO — A carjacking that began at a south-side auto parts store ended in a crash about an hour later and a few blocks away after an off-duty officer shot at the fleeing stolen vehicle, San Antonio police said.

Police declined to confirm many of the details about what happened, but radio transmissions related to the call indicate the officer could be the owner of the stolen vehicle.

The call for help came in around 4 p.m. Sunday at the Auto Zone in the 6100 block of Old Pearsall Road.

A store clerk confirmed a young man said when he was on the side of the store, someone stole his 2021 Dodge Charger at gunpoint.

Police put out a description of the blue car on their radio system, and a license plate number, and soon officers were scouring the area on the ground and in the air.

One of the early radio dispatches included “The Charger, it’s my vehicle.  Use caution, the individual did have a Glock on him. As well I had my duty gear in the back.  My ballistic vest was in the back in the trunk.”

Police spokesman Sgt. Washington Moscoso provided a preliminary summary of the incident, saying “I don’t know the details of how he (the off-duty officer) tried to stop the vehicle.  I know he tried to assist in stopping the vehicle.”

Mascoso said everyone involved in the hour-long incident was being questioned.

“That officer is now at headquarters and talking with our homicide unit, the shooting team, to understand how and what happened,” Mascoso said, adding that the vehicle was not being chased.

“It was not a pursuit. The officers tried to stop it. He didn’t stop, so they didn’t pursue the vehicle. They put information over the air,” Mascoso said.

With regard to how the off duty officer came to be involved in the search, Mascoso said “The officer was in the area. He heard it. I guess he had his radio on and attempted to stop him.”

When asked under what circumstances would it be normal for an officer to pull a firearm and shoot at a fleeing vehicle, Mascoso replied “I don’t know all the circumstances involved and I don’t want to get into that because I don’t have that information. We’ll let the investigation play out and see what happens.”

Mascoso added the gun used in the carjacking was found inside the Charger, where it crashed into a fence at Old Pearsall and Hillburn.

Monday, police declined to provide the name of the man taken into custody, nor any details about his charge or bond.

“We do not have any updates from what was stated last night at the briefing.  As with all officer involved shootings, administrative and criminal investigations are underway.  If and when any update are available, we will let you know.”