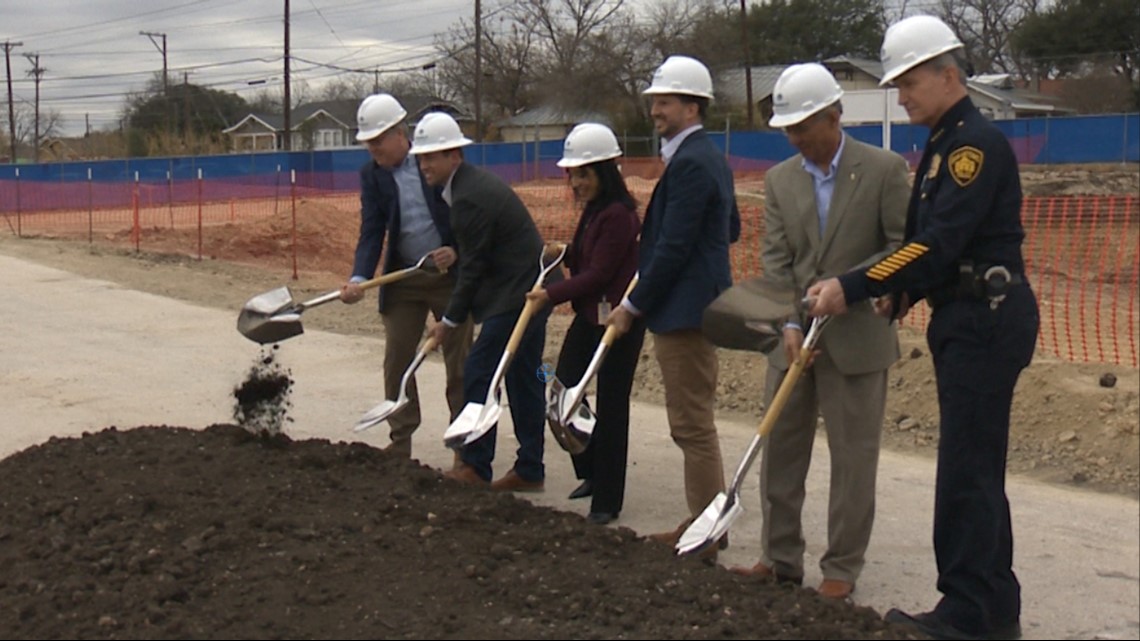 San Antonio official’s broke ground on the city’s seventh police substation Friday. Here’s what the chief had to say.

SAN ANTONIO — The Tobin Hill neighborhood is just South of the St. Mary’s Strip in central San Antonio. The area has been a hotbed of frustration for both homeowners and businesses with constant construction and late night disturbances.

Soon, it will also be the home to a brand new SAPD substation.

“I’m really excited about the project,” San Antonio Councilman Mario Bravo said. “We’ve had that challenge on North St. Mary’s with construction, with parking issues, with people coming out of bars and creating disturbances, but we’ve also inherited this great project with this new police substation.”

The Police Station at St. Mary’s will have room for 28 new SAPD positions. It will also have a crisis response team, a property crimes office, and a community space.

While Bravo said he looks forward to the greater police presence, Police Chief William McManus said the decision to locate a new 24,000 square foot substation in the area was made three years ago and had more to do with population growth than specific community challenges.

“It was all about the growth in the area,” McManus said. “The central substation is crowded right now because of the number of officers and the number of activates that go on in there. This substation will take some load off of that and will be closer to the area they patrol.”

McManus said the location of the substation was not tied to recent community concerns over traffic or disturbances, but it would make the neighborhood safer.

“There is so much going on, so much activity, to have a police station in the middle of it is going to be much better for the neighborhood. It’s going to make people feel safe. It will be a landmark for the strip here,” McManus said.

McManus said the substation was not specifically needed to deal with community issues near local bars. Still, homeowners said they are hopeful the location will reign in some of the disturbances they are currently dealing with.

“I think there is some crimes, some trash, just normal stuff. I think having the police close by will help them get to some of these things a lot faster and maybe put an end to some of the problems,” Byron Berkus said.