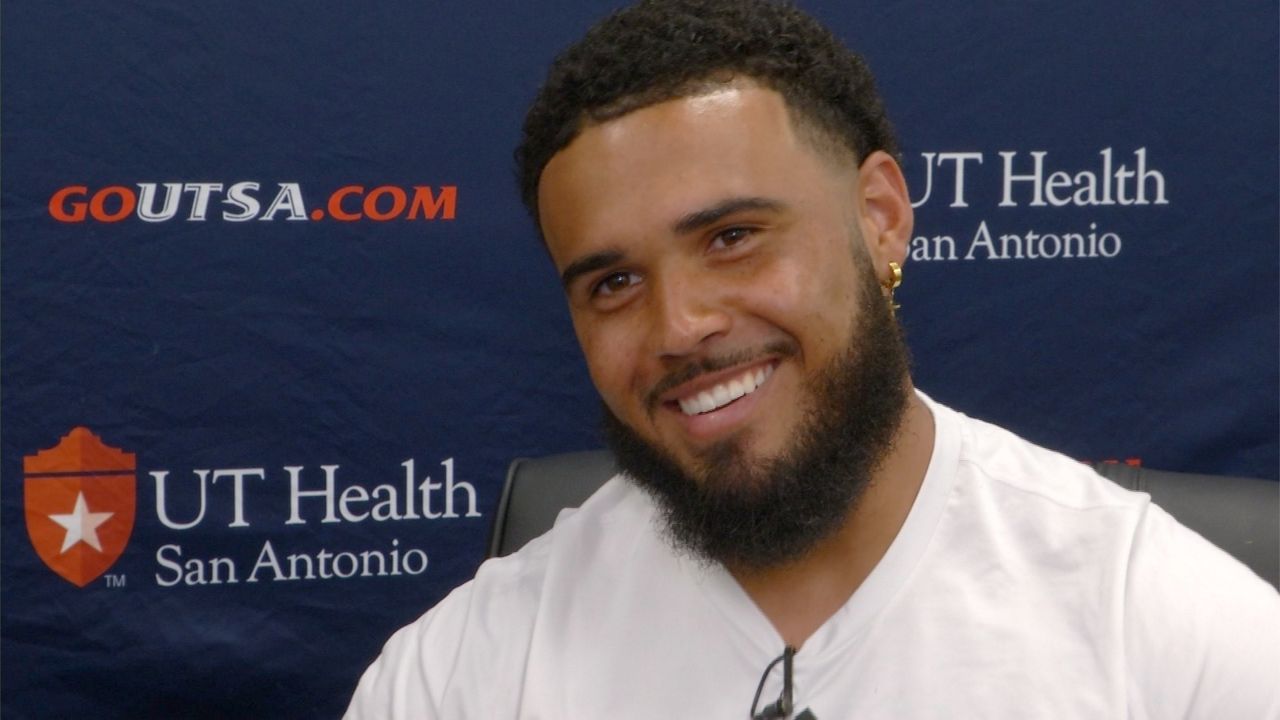 SAN ANTONIO — It’s comeback season for Brenden Brady. The University of Texas at San Antonio senior initially decided last December that he would not use his fifth year of eligibility. But the running back reconsidered and is now again an integral part of the Roadrunners backfield.

“What I’m called to do is to love, serve, and help others, and that’s what I wanted to do for this team,” Brady said.

The decision was more complicated than it seemed, because Brady had already started a business with two former teammates who were also roommates.

“We were always talking after we get out of college. What are we going to do?” Brady said. “Which direction do you guys want to go? And we ultimately decided for our first business to do something that was simple but effective.”

“It’s big in Florida, and it’s big in California,” Johnson said. “There’s not a lot of people in San Antonio, so let’s get this started.”

But as soon as the business got rolling, Benning and Johnson could sense that Brady wasn’t done with football.

“Making the decision to not finish, I think it was going to eat at him a little bit,” Benning said. “It’s not like you can just hide it.”

“I feel like they knew all along,” Brady said.

“She told me that Coach Traylor came up and was talking about it,” Brady said. “A couple days later, he called me and told me that he wanted me to come back and help. I couldn’t turn him down twice.”

So Brady returned to the program with a new perspective.

“It shouldn’t have been about me,” Brady said. “I felt a kind of selfish giving up on my teammates like that, knowing I had more time to give them.”

One last ride with his brothers, even if that meant taking his focus away from the new business.

“The business is still rolling,” Johnson said. “Any type of decision that we make, or we’re thinking about making, we let Brenden know.”

“We’re just gonna hold it down, the business and all that stuff,” Benning told Brady. “But you just need to have a good time and focus on growing and what you’re doing now.”

Which is trying to be the best teammate that Brenden Brady has ever been.