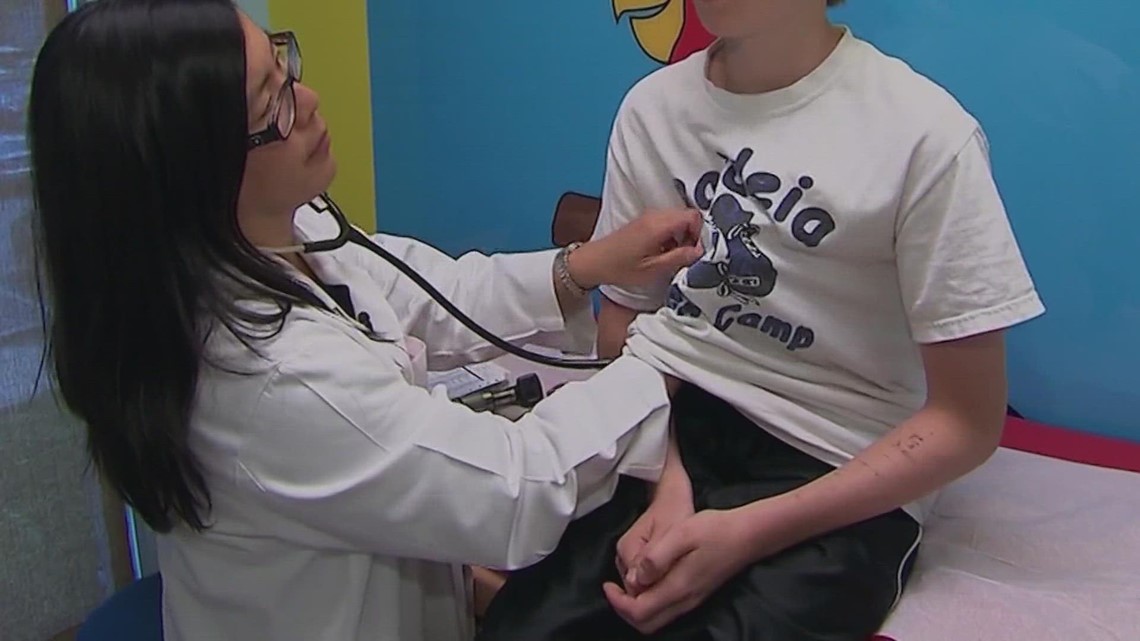 One hospital says 50 percent of their admissions are due to viral illnesses, which has come faster this year than previous.

SAN ANTONIO — Pediatric hospitals across the country are filling up with RSV patients, and San Antonio is no different.

In Texas, RSV cases in October hit their peak. According to data from the Department of State Health Services, cases in November are on the decline, but children’s hospitals are still feeling its effects.

“Right now, over 50% of our admissions are due to viral illnesses. A large majority of them are due to RSV,” Dr. Nina Laudato-Cortes, physician for the pediatric critical care unit at Methodist Children’s Hospital.

The increase in cases came a lot sooner this year than what healthcare workers are used to, beginning in late summer instead of fall and winter.

“Typically, we don’t see it until later in the year. Two or three weeks ago, we saw a surge in volume that we thought was a fluke,” said Dr. Norm Christopher, chief medical officer and emergency physician at the Children’s Hospital of San Antonio.

For the children’s hospital of San Antonio, high volumes have remained persistent.

Most patients have respiratory disease, surpassing even cases of COVID-19. Researchers say there could be a reason for the increase in cases happening faster than usual.

“So with the combination of the children not being exposed to each other as well as the transmission rates going down during this height of the pandemic, we weren’t seeing kids have these viral illnesses as they previously had,” Dr. Laudato-Cortes said.

Kids weren’t able to build the same immunity and ICU bed capacity is close to full. CHOSA said their emergency department continues to hold patients, but both hospitals have flex plans in place.

“Our ICU is 40 beds and we’re generally staffed to 36 or so, and it’s very flexible,” Dr. Christopher said.

“Currently with the RSV season, we’re all working together to make sure that our community is being serviced for our RSV patient population,” Laudato-Cortes said.

Still, the increase in cases can be hard on health care workers.

But they want to assure parents they know how to handle the increase in cases.

“Parents need to be looking out for the signs and symptoms, but do not need to be alarmed in the regard that this isn’t something new or different than what we’ve seen before,” Dr. Laudato-Cortes said.

According to the CDC, these are signs of RSV in children:

If you have any concerns, visit your child’s doctor.