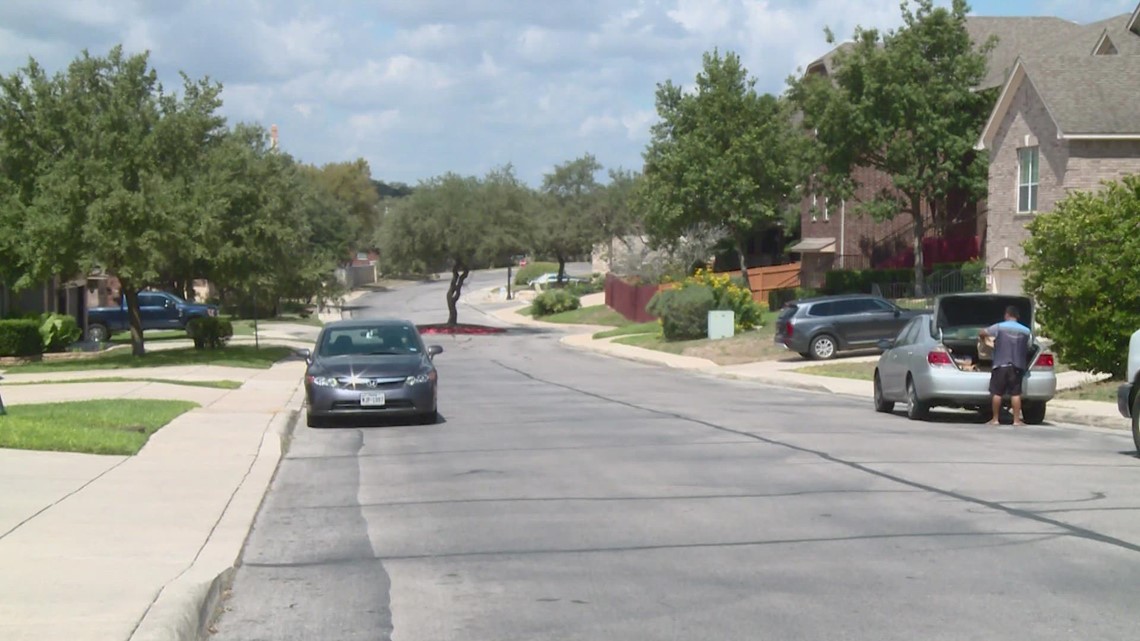 SAN ANTONIO — More residents in a north side neighborhood are speaking out against their homeowner’s association after a homeowner’s car was wrongfully towed away from their driveway Tuesday night.

Agreeing to speak on the condition on anonymity, one resident shared how she believes Mountain Lodge has changed since moving in her home in 2004.

She claims it’s created a divide in the neighborhood especially between some residents and board members of the Mountain Lodge Homeowner’s Association.

On the books, residents are prohibited from parking on the street. The resident says the compromise with the HOA was, ” as long as you park in the driveway and you have the front two wheels in your driveway, we won’t tow you and it’s okay if you cover the sidewalks.”

So she was shocked to learn her neighbor’s car was towed from their driveway and mistakenly so Tuesday night, even calling ‘theft’.

Max Speight has also lived in the neighborhood for seven years. He says the parking policy has become increasingly restrictive and suspects the HOA is going after incremental revenue.

Speight feels he can’t leave his truck on the street for even a few minutes.

“There’s sweeps going through the neighborhood where they take pictures even, and they either give a notice or fine.”

In a statement from Thurman to KENS 5 it reads, “Over the years, Mountain Lodge has had multiple parking policies that are periodically updated to comply with ever changing statutes. The most recent Parking Policy was adopted by the a prior Board of Directors in 2018. As with all policies adopted by the Board of Directors, the Parking Policy was distributed to all Members of the Association as well as being posted on the website maintained by the Association and recorded in the Official Public Records of Bexar County. Since its adoption, the Parking Policy has been evenly applied to all members, residents and visitors and of course, there is always someone that will feel targeted because of being cited for parking repeated violations. In general, the overall membership comply with the Parking Policy and appreciate the necessity for parking regulations for safety and aesthetic reasons.

Before a vehicle is towed, the owner will have received multiple notices and warnings. When a vehicle is discovered to be in violation of the Parking Policy, the owner of the vehicle will receive a courtesy letter asking the owner to cure the violation within fourteen (14) days. After the cure period has expired, if the vehicle is seen violating the policy again, the owner will receive another letter advising they have another fourteen days (14) days to cure the violation. If not cured and the owner continues to violate the Parking Policy, the vehicle will be tagged with a twenty-four (24) hour notice warning of imminent towing if the violation is not cured. Rarely is a vehicle towed for a street parking violation. The complainants would have you believe towing routinely occurs in Mountain Lodge when in fact, in the past twelve (12) months, there have been only two (2) vehicles towed for a street parking violation. The number speaks for itself as to the aggressiveness of the Board of Directors. The Board of Directors has a duty to uphold and enforce the Association documents for the benefit of the community and is what the volunteers on the Board of Directors are fairly and diligently attempting to do.”