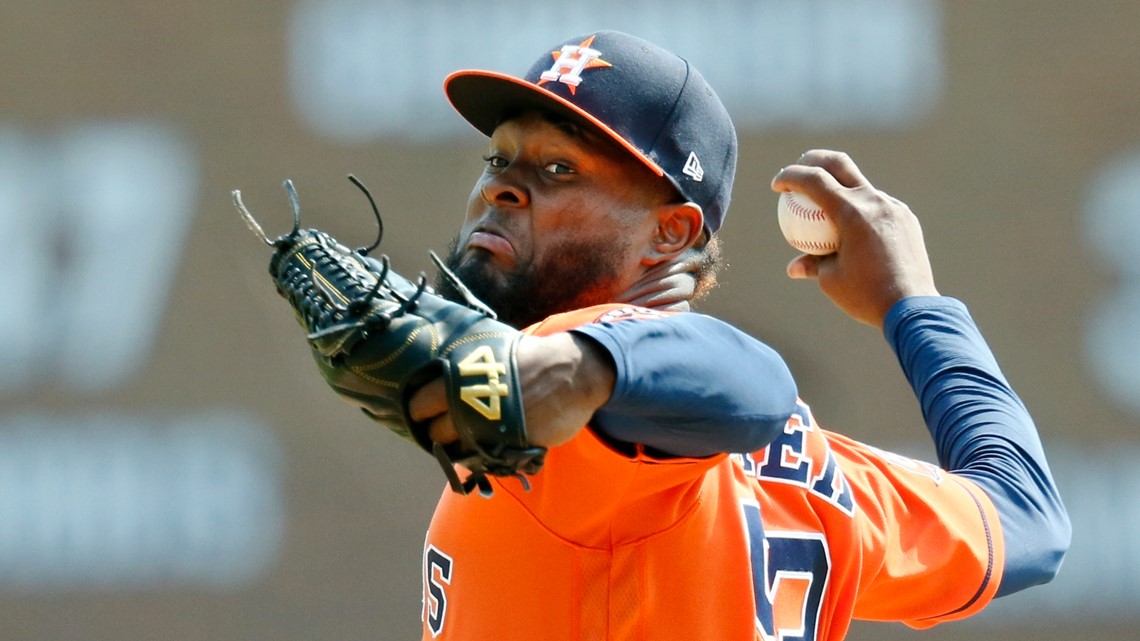 Javier (9-9) struck out eight and walked none, winning for the third time in four decisions.

DETROIT — Cristian Javier allowed two hits in six shutout innings, and the Houston Astros beat Detroit 2-1 on Wednesday for a seven-game season sweep of the Tigers.

Javier (9-9) struck out eight and walked none, winning for the third time in four decisions. He retired 13 in a row before Riley Greene’s two-out single in the sixth.

Ryan Pressly, Houston’s fourth pitcher, threw a one-hit ninth for his 28th save in 32 chances, finishing a four-hitter.

Houston swept the Tigers over a season for the first time since moving to the AL in 2013 after winning three games against Detroit both in 1998 and 1999 while in the NL.

The AL-best Astros (93-50), closing in on their sixth straight postseason appearance, are 25-8 against the AL Central this season.

Joey Wentz (1-2) gave up two runs and four hits in four-plus innings. The Tigers have lost four straight and 11 of 15.

Kyle Tucker homered leading off the fourth, and Alex Bregman hit a sacrifice fly in the fifth.

Javier Báez homered in the seventh against Bryan Abreu, tying Jeimer Candelario for the team lead with his 13th home run. Detroit already has been shut out a team-record 21 times.

Yordan Alvarez was held out of the lineup by Houston.

Two-time Cy Young Award winner Justin Verlander, who has been sidelined since Aug. 28 because of a calf injury, is to be activated to start Friday against Oakland.