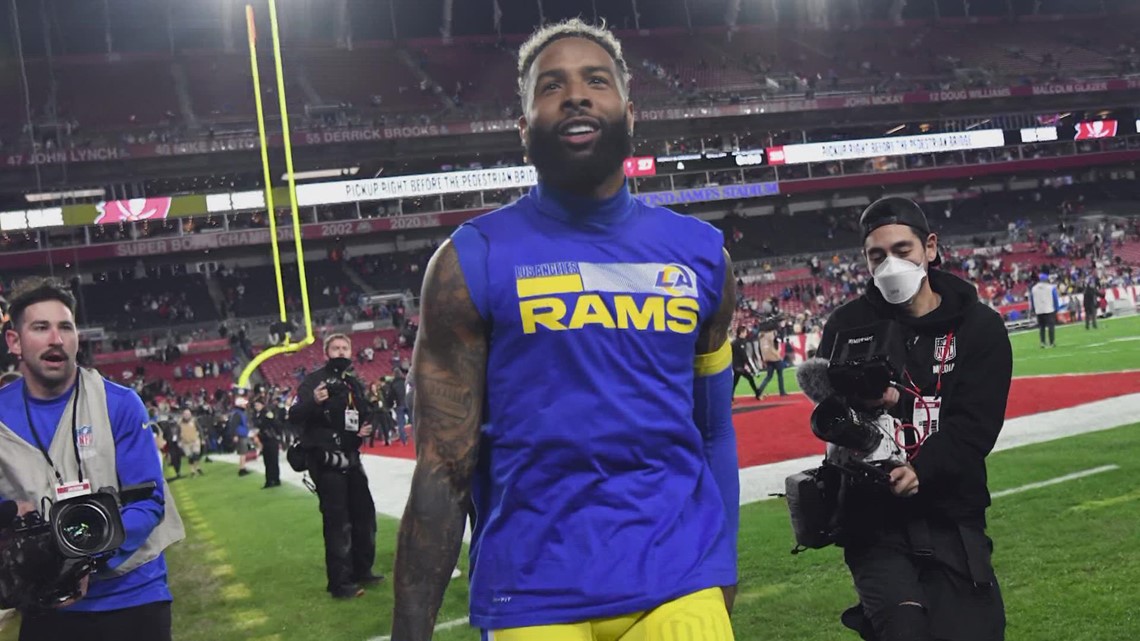 Beckham Jr. is reportedly planning to visit the Cowboys and Giants after Thanksgiving as he looks to make his comeback from a torn ACL.

But this time, it may be more than just a rumor.

Free agent Beckham Jr., who is looking to make his comeback after an ACL injury in last season’s Super Bowl, is reportedly planning to visit with the Cowboys and Giants after Thanksgiving, according to NFL Network’s Ian Rapoport and Tom Pelissero.

And during the Cowboys pregame show on 105.3 The Fan in Dallas, owner Jerry Jones appeared to confirm that report and said that there is a plan.

When asked about the reports regarding a potential visit with the free agent wide receiver, Jones replied, “That’s my understanding too.”

The Cowboys owner did not, however, give any specifics on when a visit would take place.

Dallas (6-3) is in Minneapolis to take on the Minnesota Vikings on Sunday afternoon as they look to continue making a push toward a playoff spot. The Cowboys are coming off a loss to the Green Bay Packers last week.

While the Cowboys front office continues discussions about Beckham Jr., Dallas players haven’t stayed quiet about their thoughts on adding another offensive weapon.

Just recently, star players like Ezekiel Elliott and Micah Parsons threw their thoughts into the mix.

“That’s something that we’ve talked about [in the locker room],” Elliott said on Nov. 9. “We know how explosive he can be and what he can be for his offense. It’d be great to get him down here to Dallas. Another weapon in our repertoire. Hopefully we get OBJ to Dallas.”

“We could use him. He’d expand this offense… If the guy [is] on the market, and he’s talking about he wanna play and win games, well, me too… So come win games over here and get that bowl that you want [because] I want it,” Parsons said on Nov. 9.

Beckham Jr. joined the Los Angeles Rams in the middle of the 2021 season and was a part of their Super Bowl-winning team. He had nine catches for 113 yards in the NFC Championship game against the San Francisco 49ers.

And Jones himself even said before that a Cowboys star on Beckham Jr. “could look pretty good.”