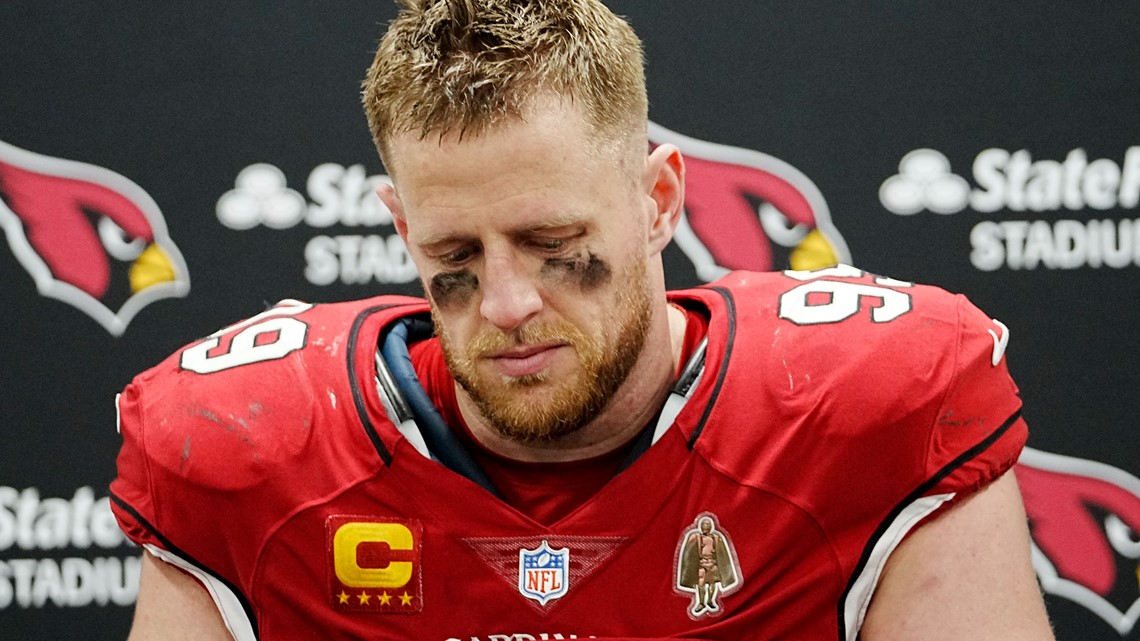 Cardinals DE J.J. Watt says he had his heart shocked into rhythm after going into atrial fibrillation this week. He still played Sunday in a win over the Panthers.

“I went into A-Fib on Wednesday,” Watt wrote on his personal Twitter account. “Had my heart shocked back into rhythm on Thursday and I’m playing today. That’s it.”

Watt also wrote in the tweet that he was informed someone leaked the A-fib information about him and that it was going to be reported on prior to the game.

The Cardinals listed Watt on the injury report with an “illness” on Thursday, but he returned to practice on a limited basis Friday.

I was just told somebody leaked some personal information about me and it’s going to be reported on today.

I went into A-Fib on Wednesday, had my heart shocked back into rhythm on Thursday and I’m playing today.

“I talked to cardiologists, electrophysiologists from all over the country … I was assured multiple times from multiple people (that) it can happen next day or 20 years. So, I went back to practice on Friday,” Watt said.

After the game, a visibly emotional Watt discussed his health and having a baby on the way.

The three-time NFL Defensive Player of the Year helped the Cardinals beat the Carolina Panthers 26-16 on Sunday, just three days after having his heart shocked into rhythm after going into atrial fibrillation.

“It’s been a week. I’m happy to be here. Happy to…,” an emotional Watt said as his voice trailed off and he took a moment to gain control of his emotions.

There are three types of A-fib, according to Johns Hopkins Medicine:

According to the Mayo Clinic, atrial fibrillation (A-fib) is an irregular and often rapid heart rhythm that can lead to blood clots in the heart.

A-fib increases the risk of stroke, heart failure and other heart-related complications.

The Mayo Clinic says that during A-fib the heart’s upper chambers beat chaotically and out of sync with the lower chambers of the heart.

For many people, A-fib may have no symptoms, but A-fib may cause a fast, pounding heartbeat and shortness of breath or weakness.

How is A-fib treated?

The Mayo Clinic says that although A-fib itself usually isn’t life-threatening, it’s a serious medical condition that requires proper treatment to prevent stroke.

Treatment for atrial fibrillation may include medications, therapy to reset the heart rhythm and catheter procedures to block faulty heart signals.

The Cleveland Clinic says the main goal of most A-fib treatments includes trying to control your heart rate, regaining a normal heart rhythm, and reducing your risk of having a stroke.

They also say A-fib can’t be cured, but its symptoms can be managed.