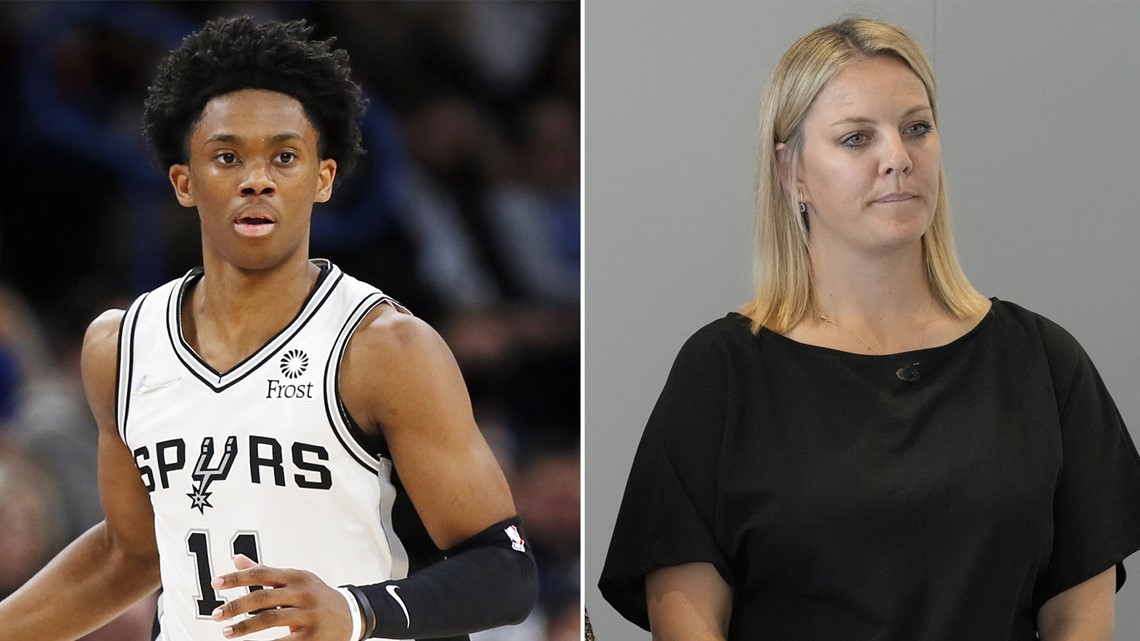 The suit was filed against both Primo and the team and accused Spurs executives of not taking the allegations against Primo seriously.

SAN ANTONIO — The woman who accused former San Antonio Spurs player Josh Primo of exposing himself to her multiple times during therapy sessions has dropped the team from her lawsuit, according to court records obtained by KENS 5.

Dr. Hillary Cauthen, a former consulting psychologist for the Spurs, claims that the rising star first exposed himself to her in December 2021 and that she reported the incident in January 2022.

The suit was filed last month against both Primo and the team. It accused Spurs executives of not handling the allegations seriously as Primo continued to expose himself while the team invested in his basketball career.

The Spurs made a sudden announcement on Oct. 28 that Primo was released from the team. Soon after the allegations were made public, Primo’s attorney denied the claims and accused Cauthen of victimizing Primo.

RC Buford, CEO of the Spurs, said in early November that the team “disagreed with the accuracy of the facts, details and timelines presented.”

Timeline: How Josh Primo’s promising start with the Spurs intersected with misconduct allegations

However, on Thursday, Buford posted a statement that says in part, “We have decided to collaborate with Dr. Cauthen and other experts in an effort to review and improve our workplace processes and procedures.”

The statement does not specifically address the lawsuit, but goes on to say: “This is a learning opportunity for us and one that we are certain will make us better moving forward.”

See the full statement below:

Cauthen & the Spurs resolved their lawsuit in a statement earlier today. pic.twitter.com/yaSS2ZaIzi