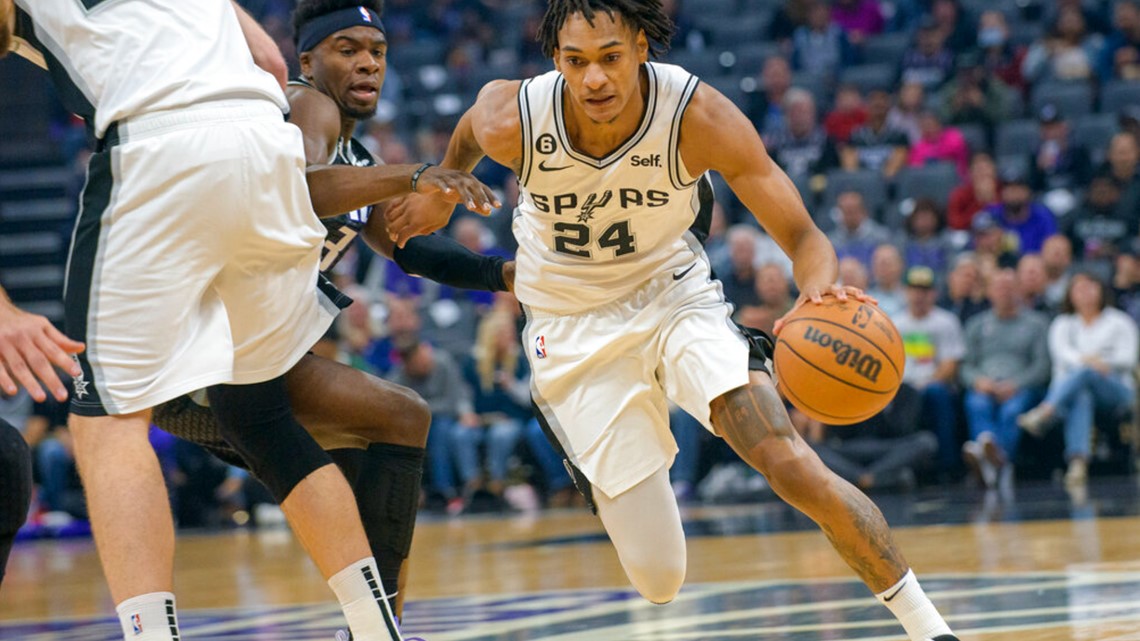 The Spurs have now lost three-straight games after a loss in Sacramento.

SAN ANTONIO — The San Antonio Spurs picked up another loss on the season after losing to the Sacramento Kings, 130-112, on the road.

The Spurs are currently on a three-game losing skid and drop to 6-10 on the season. They will next face the Clippers Saturday night in Los Angeles.

Here’s a sample of what the teams said after the game, courtesy of the Spurs and Kings.

“I thought we did great. I was really proud. They did a hell of a job,” Popovich said. “All-in-all the execution, the competitiveness was great by a bunch of guys that haven’t been around for very long.  They gave everything they had. We got better tonight.”

“It’s the grit. It’s the next-man-up mentality. Everybody stays ready all the time,” Bates-Diop said. “Off days people come in, workout, and play to make sure for when their moment comes because it will as it’s shown already in the season.”

Who will be saying words for the late Sabonis following Sochan’s devastation on him? #porvida pic.twitter.com/d0saHwlMEt

“Davion [Mitchell] and [De’Aaron] Fox got up. It definitely took guys out of our sets. That should be a lesson to us. We pick that pressure up, guys can’t run what they want to run,” said Richardson. “When you’re running and starting your offense with 16 on the clock instead of 20, it definitely got us rattled, but I think we competed.”

“This was a good win for our guys. San Antonio, obviously, they’re well coached – extremely well coached – and on top of that, those guys played hard. We knew it was going to be tough coming in,” Brown said. “We kept talking about how hard they played. Devin Vassell is a really good player. He had some tough, tough shots I thought tonight, but that’s what he’s been doing all year.”

“We’re executing on offense and when you do that, it’s easy to score points when you have the talent that we have on the floor and the depth that we have, so that’s why,” Lyles said.