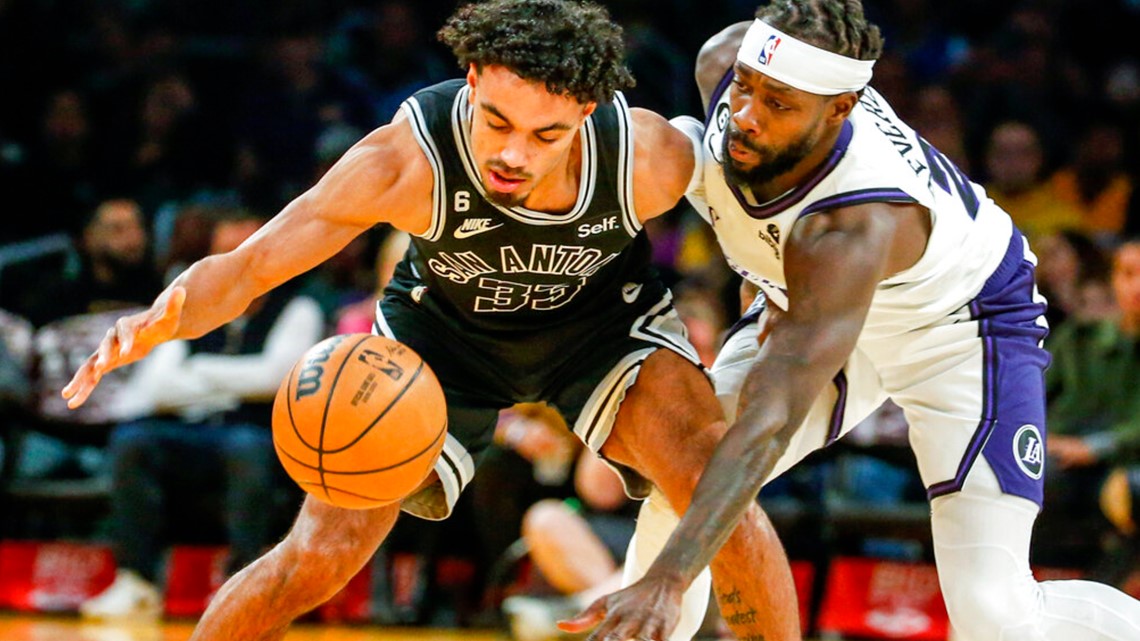 The Spurs have lost five-straight games after losing against the Lakers on the road.

SAN ANTONIO — The San Antonio Spurs picked up another loss on the season after losing to the Los Angeles Lakers, 123-92, on the road.

Los Angeles limited San Antonio to 39.0% from the field and 20.6% from three-point range, the lowest percentages by an opponent against the Lakers this season. Los Angeles also won by 31 points, their largest win of the season.

Coach Gregg Popovich did not coach in the game versus the Lakers due to illness. Assistant coach Brett Brown took over head coaching duties.

The Spurs are currently on a five-game losing skid and are now 6-12 on the season. They will next face the Pelicans Wednesday night in San Antonio.

“The end of a long road trip, five games in seven nights, is always going to be difficult,” Brown said. “We’re better than we played tonight. They have competed at a far greater level than they did tonight. We will respond. They’re a prideful group.”

Brett Brown on Popovich’s health, finding out he will be coaching, thoughts on the loss to Lakers, losing record on trip, team did not compete v LAL, feels team will respond to loss… #porvida #nba #gospursgo pic.twitter.com/2WMYIY2d7E

“We have a young team. Winning is hard in the NBA,” Dieng said. “They’re learning. Whether you win or lose, just make sure you have the right habits. Tonight was a very bad game for us.”