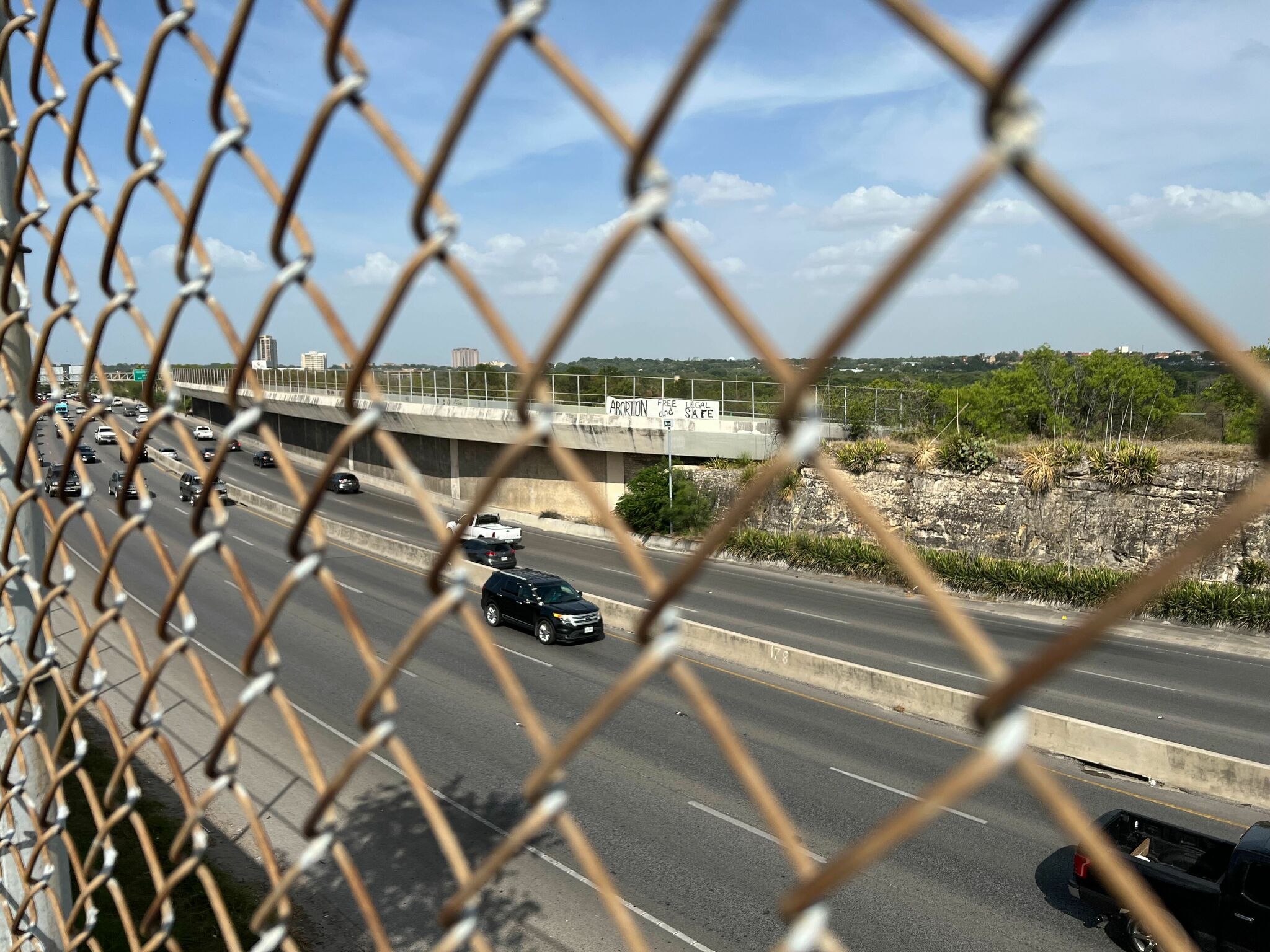 Banners supporting abortion rights were seen popping up around San Antonio Monday afternoon off major highways as people were getting off work.

The first banner was reportedly strung from a parking garage at North Star Mall facing Loop 410, according to a video posted to Twitter on Monday at 3:55 p.m. by a new account @DankShepard.

The banner is seen from the highway and reads “Abortion is Healthcare [sic].” It was quickly taken down from the North Star Mall garage by 4:30 p.m.

However, the same Twitter account posted a photo of another banner hanging off a fence overlooking Highway 281 near Hildebrand Avenue across from Alamo Stadium. MySA was able to snap a photo of the photo of that sign, which read “Abortion Free Legal and Safe.”

It’s still not clear who or what group was behind the signs, but Texas has been a battleground state for abortion rights and women’s health care for decades. Pro-choice advocates, abortion funds, nonprofits, and women have pushed even harder for abortion rights since Gov. Greg Abbott signed SB 8 into law, which outlaws abortions after six weeks.

Abortion services are now under apparent threat after a U.S. Supreme Court opinion from Justice Samuel Alito was leaked by an unknown source in early May. Supreme Court officials have been asked to turn over phone records and sign affidavits in the wake of the monumental leak.

The document hints that the court was set to strike down Roe v. Wade. An official legal opinion hasn’t been handed down yet from the country’s highest court, but there is a growing list of demonstrations, including Monday’s banners, happening in response to the anticipated court decision.