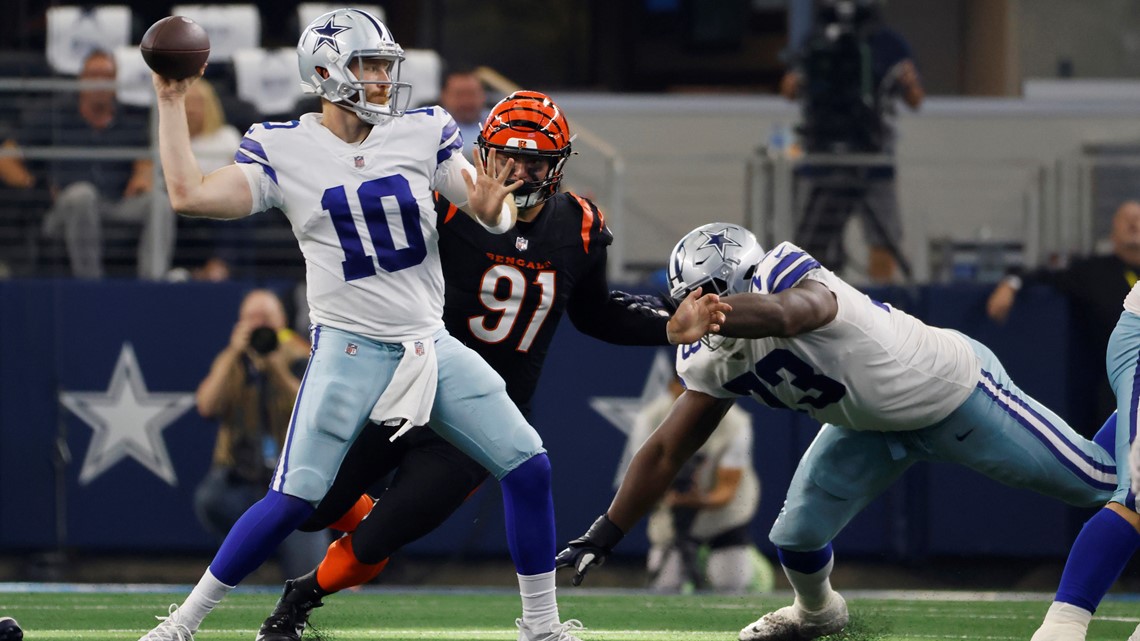 Backup QB Cooper Rush led the Cowboys to their first win of the season on Sunday afternoon.

ARLINGTON, Texas — Cooper Rush was up for the task. Even against a team that just made the Super Bowl.

The Dallas Cowboys got their first win of the season against the Cincinnati Bengals on Sunday afternoon with a last-second field goal.

It was a nail-biting win as game was tied 17-17 with just under four minutes left in the game.

With about a minute left, the Cowboys drove down the field to set up the winning score by kicker Brett Maher from 50 yards.

Rush, starting in place of injured Dak Prescott, had a great start to the game, leading the offense to touchdowns in their first two possessions.

Wide receiver Noah Brown led the way with five catches for 91 yards and a touchdown, while CeeDee Lamb had seven receptions for 75 yards.

Running back Tony Pollard also gave lift to the offense with a 17-yard run and then capped off the drive with touchdown in the first quarter.

On defense, linebacker Micah Parsons continued vying for defensive player of the year with another two sacks in Sunday’s contest. He now has four on the season in just two games.