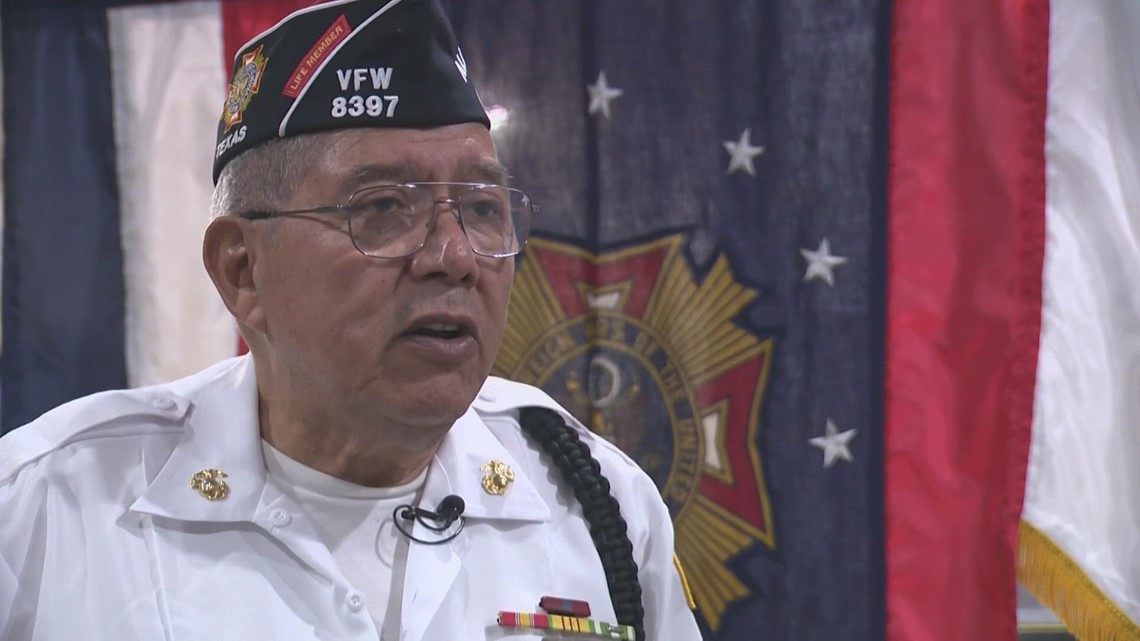 “We have beer, we have liquor, we have sound systems. All they wanted was the safe with the weapons.”

SAN ANTONIO — When a VFW had their ceremonial weapons stolen two weeks ago, it was unclear if they would be able to continue honoring fallen veterans. Saturday, they held a ceremony with borrowed weapons, but the commander still hopes they can find the culprits before they are used for anything else.

The sound of gunfire filled the air outside VFW post 8397 on Saturday, followed in short order by two more rounds of gunfire.

“There was a three-round volley,” Cris Vieyra Jr, the commander of the VFW post Told the gathered crowd.

“Each volley has a meaning: Duty. Honor. Country,” he said.
The three rounds of gunfire were for Albert Cortez. Two months after his death, he received his military honors.

“There are no words,” said Laura Martinez, Cortez’s eldest daughter.

“We didn’t even know if this was going to happen today,” she said. “We didn’t know what to expect.”

Martinez said her father, a Vietnam veteran and marine died during the Thanksgiving holiday, but weather and other factors kept him from getting his military sendoff.

But this was the military honors that almost wasn’t.

“We scheduled it for today, but between the time we made the schedule and today someone broke in and stole the M-1 rifles.“

Vieyra said they were able to borrow the rifles they needed for the ceremony from the Texas state VFW. He compared losing the ceremonial guns and the ability to honor fallen veterans to losing a child.

“It gives the family the opportunity to have closure for their veteran,” he said.

He said they still need to have the guns replaced, but what really troubles him is the thieves singular focus on the guns.

“They were only after one thing. We have beer, we have liquor, we have sound systems,” Vieyra said. “All they wanted was the safe with the weapons.”
he said the guns are only intended to honor veterans like Cortez, no longer for violence.

“They were retired to be used only for honoring the veterans who are laid to rest,” Vieyra said. “They were never meant to hurt somebody or kill someone. But they can be restored for that use again.”
The thieves did a lot of damage to the VFW’s security. The VFW has set up a GoFundMe page to raise money to both re-secure the post and to replace the ceremonial weapons.