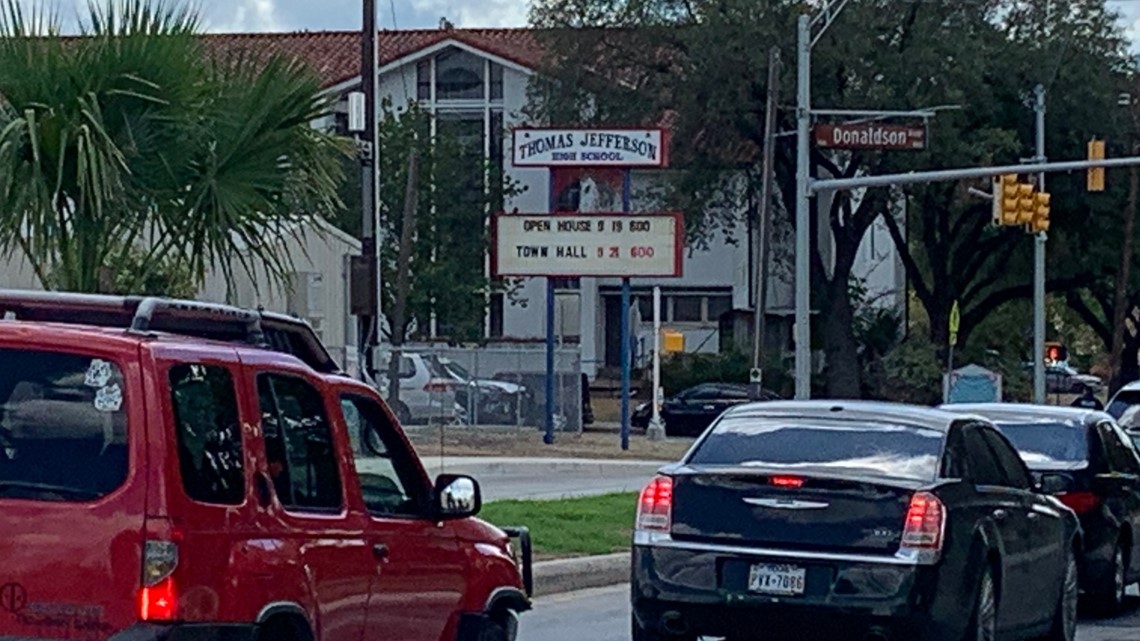 SAISD officials say there was a reported of a shooting, but the district confirmed there was no evidence that a shooting occurred.

SAN ANTONIO — A lockdown has been reported at Thomas Jefferson High School on the near northwest side Monday afternoon.

The school was placed on lockdown with a heavy police presence as a precaution.

San Antonio Police also confirmed there was no evidence of a shooting, saying the building was cleared as a precaution.

Below is the statement issued by SAPD:

Today, at approximately 1PM, West Patrol Officers were dispatched to a high school located at 723 Donaldson Avenue for reports of a shooting in progress. Upon arrival, officers entered the school and began clearing the campus. At this time, Officers continue to clear the campus, but they have found no evidence to suggest there is an active threat or that a shooting may have occurred at the location. They will continue to investigate in order to deem the area safe. We will notify everyone with any updates once we receive them.

The district said it is investigating. There are no reports of any injuries.

This is a developing situation and further details will be added as they are received.