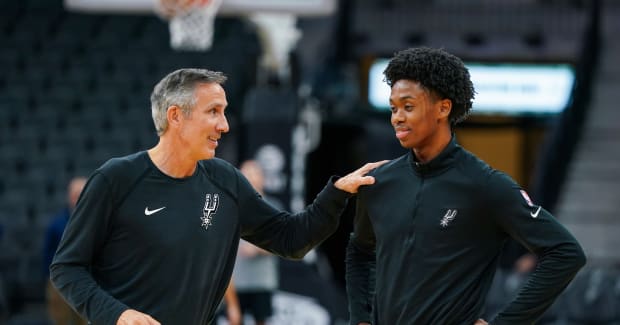 The San Antonio Spurs benefited for 17 years from the contributions and insight of world-class shooting guru Chip Engelland. He was instrumental in the shooting development of Kawhi Leonard, Tony Parker, and Danny Green.

According to ESPN’s Adrian Wojnarowski, Engelland is joining the Oklahoma City Thunder, where he has a longtime relationship with general manager Sam Presti.

The Thunder have a variety of core players who will benefit from Engelland’s expertise betweeen Shai Gilgeous-Alexander, Josh Giddey, Chet Holmgren, Luguentz Dort, Jalen Williams, and Ousmane Dieng, to name a few.

There may not be an NBA team more committed to long-term rebuilding effort than the Thunder. There will be significant room for Engelland to make an impact with their organization as they continue to prioritize development.

The timing is interesting when considering the Spurs are also entering a long-term rebuild. Regardless, the Thunder have been positioning themselves for this process while San Antonio has seemingly at the start.

One of the particular intriguing potential showcases of Engelland’s impact will be his work with Giddey. The dynamic passer has struggled with his shooting mechanics, but would become a highly impact offensive threat if strides are made.

Some of the development projects like Dieng will also be intriguing to monitor. There is a lot of upside with project wings and if there’s anyone that can help to maximize it, Engelland would be the one to do so.

Even a player like Dort could benefit from continuing to maximize his shooting execution as he begins a substantial contract extension. He’s displayed progression in his shooting, but still has plenty of room for growth.