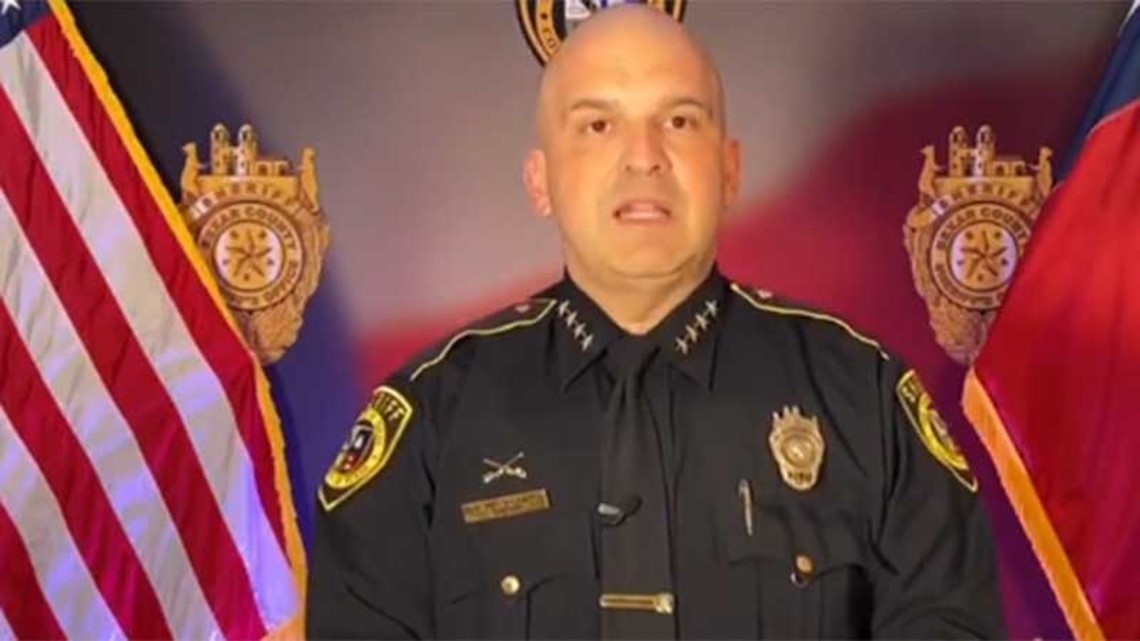 Sheriff Javier Salazar says it “infuriates” him that the migrants were “exploited and hoodwinked into making this trip.”

SAN ANTONIO — Bexar County Sheriff Javier Salazar said his office is opening an investigation after he says migrants were “lured” away from the Migrant Resource Center in San Antonio and flown to Florida and Massachusetts “under false pretenses.”

He said the sheriff’s office believes that a Venezuelan migrant was paid a “bird dog fee” last Wednesday to recruit about 50 migrants from around the migrant resource center on San Pedro Boulevard in San Antonio.

Ultimately, 48 migrants were “lured under false pretenses” into staying at a hotel for a couple of days and then were flown to Florida and then Martha’s Vineyard, he said.

“They were promised work and solutions to several of their problems,” Salazar said, but instead, “they were unceremoniously stranded” there.

The Bexar County Sheriff’s Office has opened an investigation into the migrants that were lured from the Migrant Resource Center, located in Bexar County, TX, and flown to Florida, where they were ultimately left to fend for themselves in Martha’s Vineyard, MA.

“What infuriates me the most about this case is that… they (have) already fallen on hard times, they are here legally in our country at that point, they have every right to be where they are, and I believe that they were preyed upon,” Salazar said. “Somebody came from out of state, preyed upon these people, lured them with promises of a better life, which is what they absolutely were looking for… to just be exploited and hoodwinked into making this trip to Florida and on to Martha’s Vineyard for what I believe to be nothing more than political posturing to make a point.”

Texas Gov. Greg Abbott and Florida Gov. Ron DeSantis both have defended sending migrants to other states on flights and bus trips due to the large number of migrants crossing the border.

DeSantis chartered the flights targeted by Salazar. His administration did not respond to questions from the Texas Tribune about why Florida taxpayers paid to transport people from Texas to Massachusetts in a political stunt meant to draw attention to the increasing number of people crossing the U.S.-Mexico border.

In Florida, we take what is happening at the southern border seriously.

We are not a sanctuary state, and we will gladly facilitate the transport of illegal immigrants to sanctuary jurisdictions. pic.twitter.com/YeEbMzy8yG

Republicans frequently refer to people who aren’t American citizens but cross into the country as “illegal immigrants,” but many of them are asylum-seekers who have been allowed to enter the country pending the outcomes of their legal cases.

Additionally, we are working with private attorneys who are representing the victims, as well as advocacy organizations regarding this incident. We are also preparing to work with any federal agencies that have concurrent jurisdiction, should the need arise.

Salazar said his office is not naming suspects at this time but has the names of people involved in recruiting and considers them to be “persons of interest.”

“We are working with private attorneys who are representing the victims, as well as advocacy organizations regarding this incident,” Salazar said in a follow-up tweet. “We are also preparing to work with any federal agencies that have concurrent jurisdiction, should the need arise.”

The Texas Tribune contributed to this report.