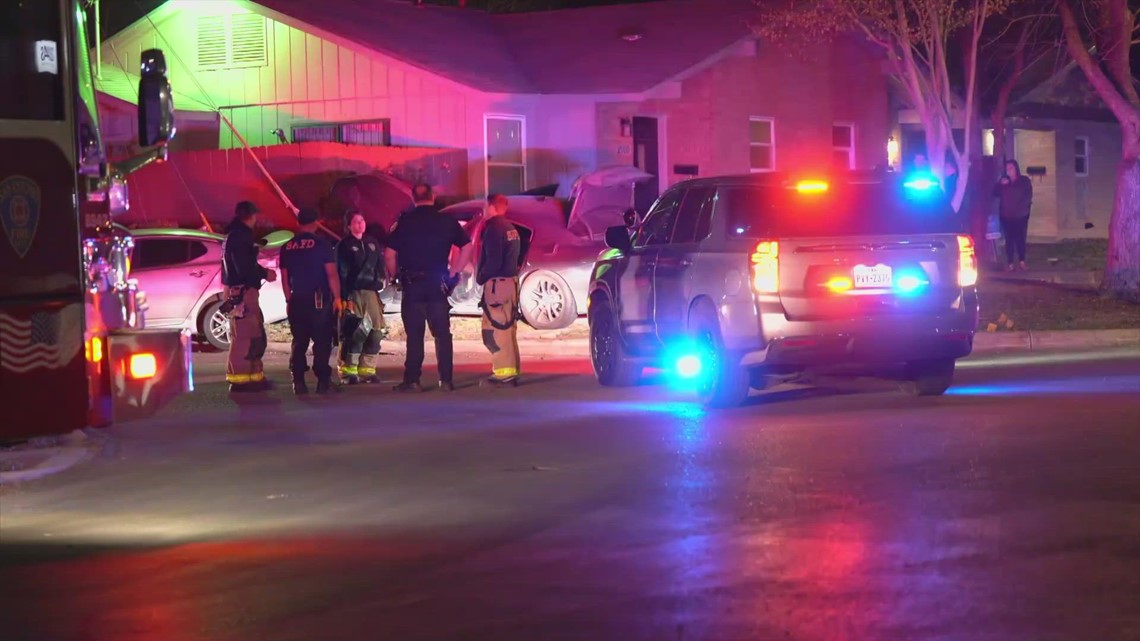 The driver of that vehicle is now facing charges for DWI and possibly driving a stolen vehicle.

SAN ANTONIO — A man is facing charges after he crashed into a parked car while a deputy was attempting to pull him over Friday morning, officials say.

The Bexar County Sheriff’s Office said around 1:35 a.m., a BCSO deputy was attempting to pull a man over in a black vehicle, but the driver decided to flee from the deputy.

The deputy didn’t chase the driver, but instead just continued down the road where it was discovered that driver crashed into a parked car.

Officials said the driver was detained a few blocks in the area of Panda Drive and Marlena Drive and is facing charges of DWI and possibly driving a stolen vehicle.