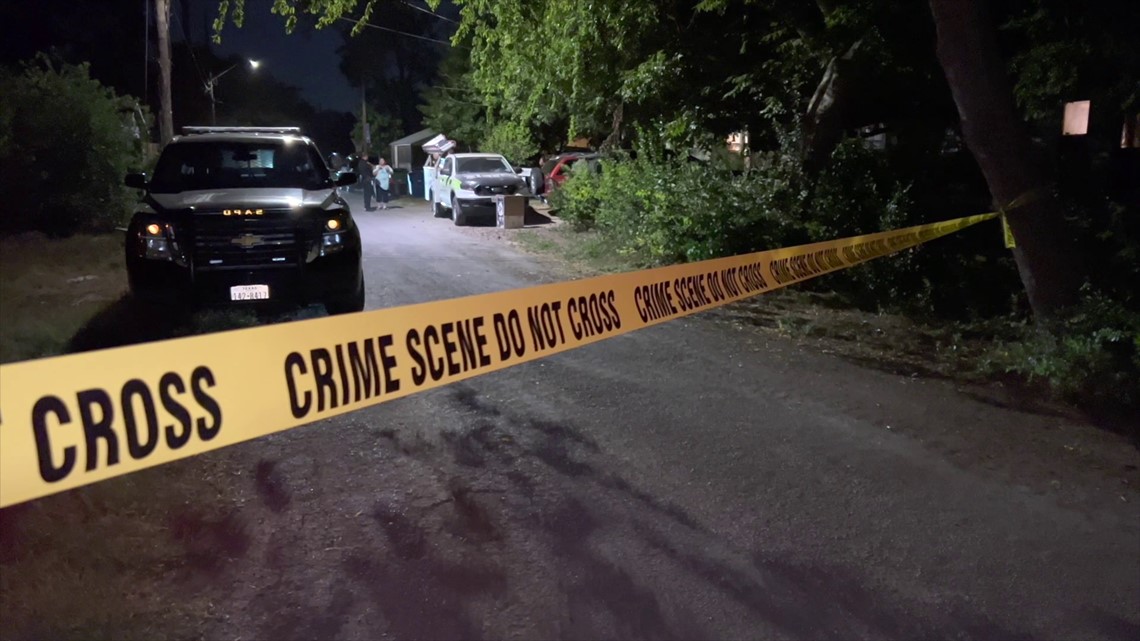 The woman was taken to BAMC in critical condition.

SAN ANTONIO — A man is on the run after police say he shot his girlfriend’s mother in the stomach when she tried to evict him.

Police were called out to the 100 block of Fuente Alley near S Walter’s St on the east side of town around 9:37 p.m. Tuesday for reports of a shooting in progress.

When officers arrived at the location, they found a 46-year-old woman with a gunshot wound to her abdomen.

An officer at the scene said that a young man who was living there with his girlfriend shot the girlfriend’s mother when she asked him to move out.

Police said the young man went to his room and got a rifle and shot the mother once in the stomach. The girlfriend was at work when the incident occurred.

The woman was taken to BAMC in critical, but stable condition.

No other shots were fired and nobody else was injured.

Police are still searching for the suspect, who took off after the shooting.