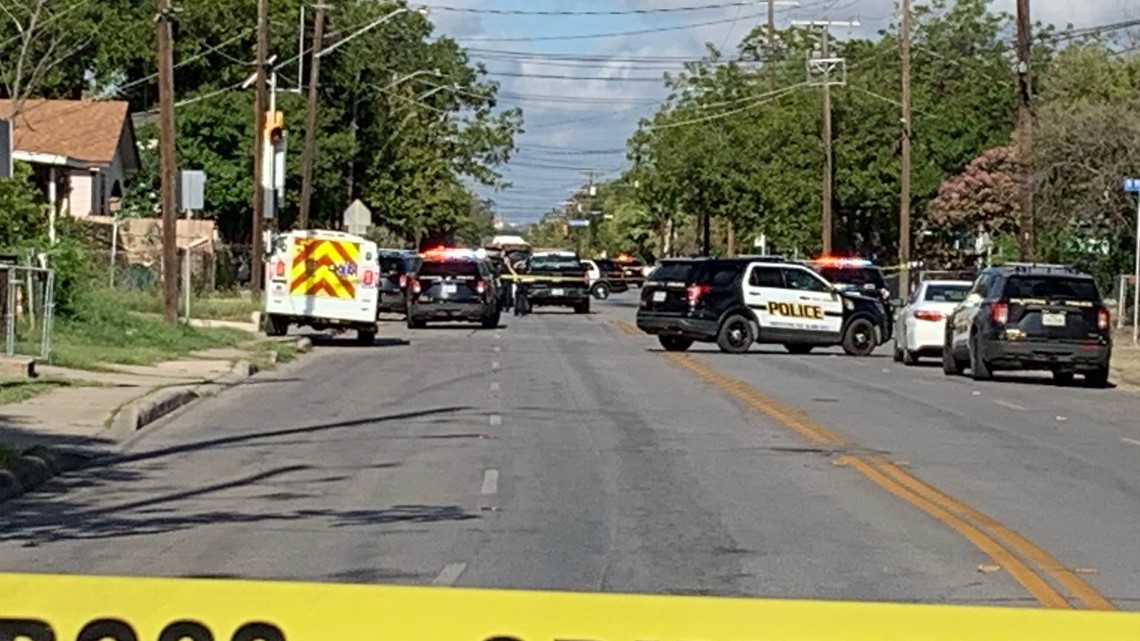 SAN ANTONIO — A man has been shot and killed by police after a brief struggle with officers.

Police were called to the 3200 block of Martin Street around 8:37 a.m. Sunday for reports of an officer-involved shooting.

Chief William McManus said that police were initially called out to the location after they were contacted by family members to let them know that the man they were looking for with 11 active warrants out for his arrest was in the area.

When officers responded, the suspect was riding his bicycle around the area. During a brief struggle with officers, he told them, “I have a gun and will shoot you.” He reportedly reached for his waistband and was subsequently shot three times.

The officer who shot the suspect is a 13-year veteran of the force. He suffered a broken hand during the struggle and is being treated at an area hospital.