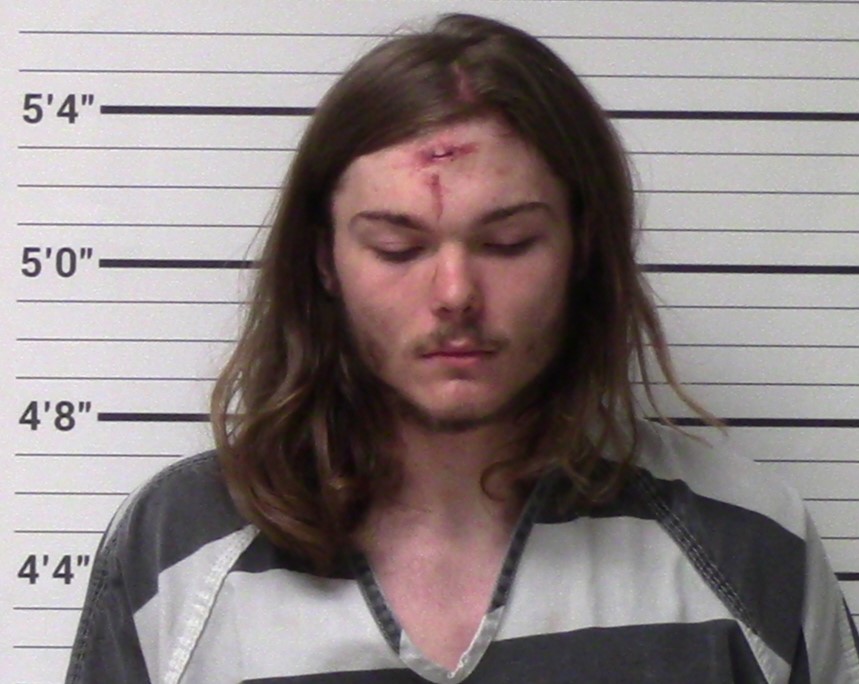 John Thomas Martin, 19, went into the 1216 Junction Highway Walmart Supercenter and threatened to shoot up the store after being asked to leave the business, authorities say.

Sergeant Jonathan Lamb of the Kerrville Police Department says Martin spent two-hours displaying behavior that made employees “uncomfortable.” When asked to leave, Martin told Walmart management he would return to the store “wearing body armor and shooting,” he tells MySA.

Lamb says said he didn’t have information about Martin’s appearance in a previous mug shot, including the lacerations on his forehead. A witness shared with Lamb that Martin’s hair is shorter now than it is in his mug shot.

On Saturday, June 11, Kerrville police detectives got an arrest warrant for Martin for terroristic threat with a $50,000 bond. Kerr County Crime Stoppers are offering a reward of up to $5,000 for information that leads to Martin’s arrest.

Martin is a 5-foot-8-inch white male of roughly 145 pounds, and has brown hair and brown eyes, according to a Crime Stoppers social media post.

The post says he is possibly clean shaven and is known to wear a black durag.

If residents have information on Martin’s whereabouts, they are asked to call Kerr County Crime Stoppers at 830-896-8477, use their P3 Tips app for smart phones and devices, or submit tips on their website. All tips are anonymous.