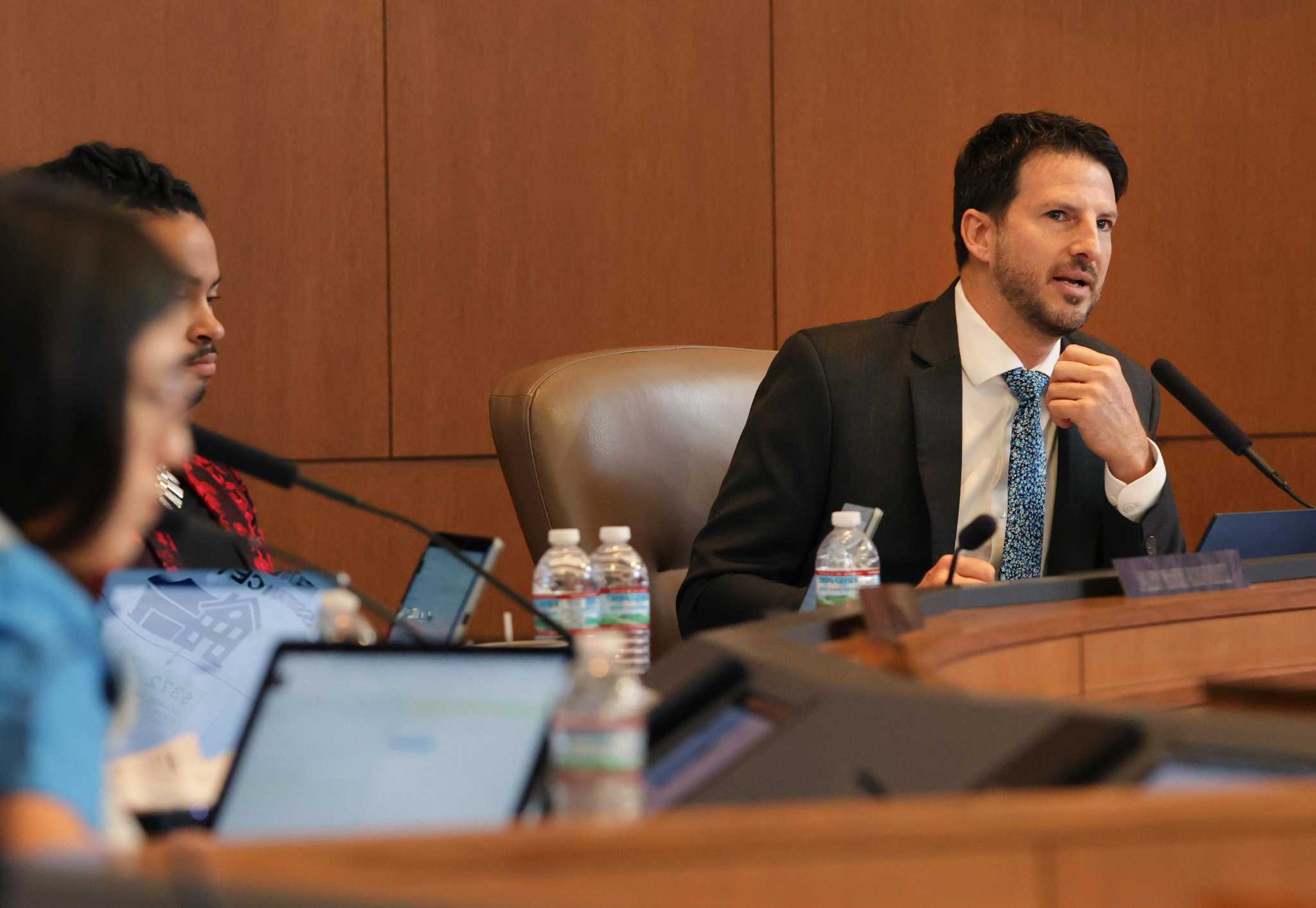 Mayor Ron Nirenberg is expected to take action in response to Bravo’s behavior, possibly as early as Friday.

Bravo was upset with Sandoval, his former romantic partner, because she decided not to support his plan to devote the bulk of a $75 million CPS Energy surplus to weatherization, resiliency centers and an expansion of the city’s tree canopy. That plan was not considered at last Thursday’s City Council meeting, and the council ultimately approved the allocation of $42.5 million in surplus money for one-time credits to CPS Energy customers.

The council did, however, approve Sandoval’s proposal for $10 million in annual energy-conservation funding under CPS Energy’s STEP (Save for Tomorrow Energy Plan) program.

Shortly before last Thursday’s meeting, Bravo approached Sandoval and said he wanted to talk with her about her refusal to support his proposal.

Bravo said that her action on the issue illustrated why they had split up and why he didn’t want to have children with her, according to City Hall sources.

He accused Sandoval of selling out to the mayor on the issue and showed her a text message that he was preparing to send to business leaders, making the same point.

The incident left Sandoval distraught and in tears. Toward the end of the exchange, Andrew Solano, Sandoval’s chief of staff, approached Bravo and asked him not to make the policy disagreement a personal issue. As Solano began to walk away, Bravo shouted at him, “She put the knives in my back!” according to an eyewitness.

Bravo’s resentment against Sandoval spilled onto the council dais, where he repeatedly alluded to the District 7 councilwoman, prompting City Attorney Andy Segovia to reprimand him.

“Councilman, the point of decorum I’m trying to make is that your comments should be directed at the policy, at the staffer, but not to other council members. That’s a rule that this council has adopted,” Segovia said.

Bravo, whose district includes the downtown area, said he was angry with Sandoval because he considered her decision to abstain on a council vote, over whether or not to delay action on the CPS Energy surplus, to be a betrayal. That vote ended in a 5-5 tie, essentially killing the prospects for any alternative to the $42.5 million customer-credit plan.

“Councilwoman Sandoval’s team promised to be the sixth vote on a major climate policy issue that we both share a deep commitment to,” Bravo told the Express-News Thursday afternoon.

“When she broke her promise at the last hour, I lost my cool and said things that I regret. While I struggle to understand why she compromised her principles in last week’s vote, I remain committed to working professionally with all of my council colleagues to advance policies that benefit our city.”

Bravo and Sandoval currently sit on three council committees together: Community Health, Environment and Culture (which Sandoval chairs); Municipal Utilities; and Transportation and Mobility. The mayor has the power to appoint — or pull — council members from committee assignments.

She and Bravo were a couple from 2016-2020. They were both involved in the San Antonio environmental movement before running for office. Sandoval was elected to City Council in 2017 and Bravo followed her to the dais in 2021.

Sandoval was a driving force behind the council’s October 2019 approval of a Climate Action & Adaptation Plan.