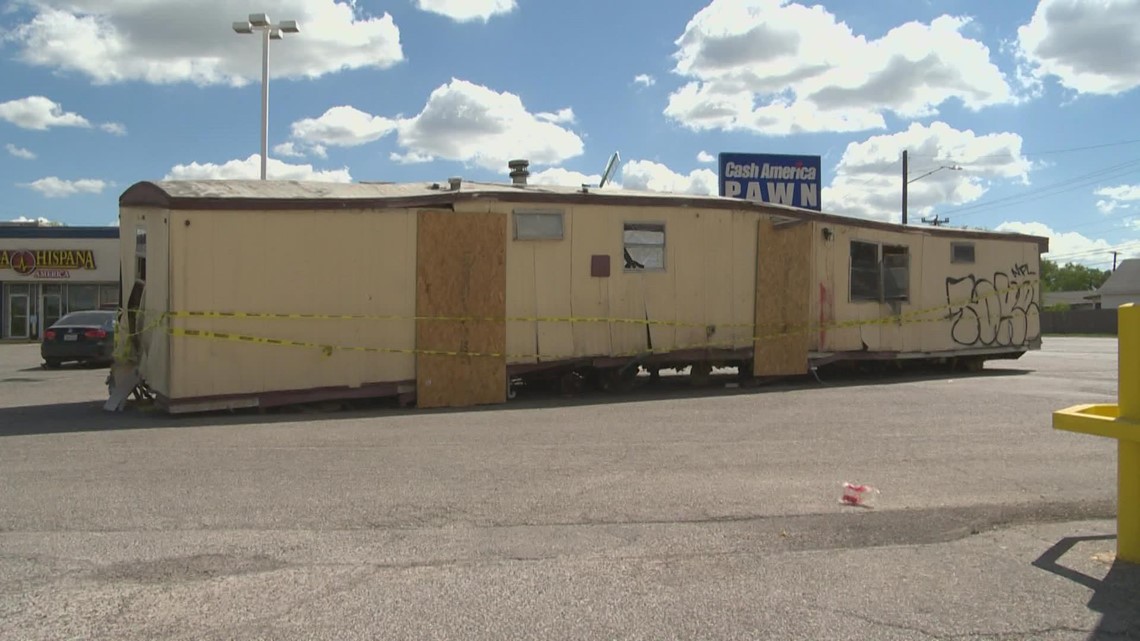 Monica Ortega said she cried after learning her mother’s mobile home was left behind in a shopping center parking lot on the west side.

KENS 5 first reported the abandoned home on Sunday, but Ortega said it had been there since last Monday when her mother was evicted from Westhill Home and RV Park.

However, she believes her mother was wrongfully evicted, claiming she owed up to $10,000 for missed payments on her lot. Ortega said her mother missed a couple of payments earlier this year, but received rent relief to pay off her debts to the landlord.

KENS 5 reached out to Westhill Mobile Home and RV Park, and was told a comment could not be provided on the basis of confidentiality.

Ortega said the landlord hired Texas Repo Mobile Homes to remove the home off the property. KENS 5 found out an axle underneath the home, broken during transit.

In a statement from Texas Repo Mobile Homes, Operations Manager Steve Martinez told us, “This home was removed from the mobile home park because of an eviction for non payment or rent. The park owners contacted our company to remove the mobile home from the park. While in transit, an axle underneath the home broke and made the home unsafe to travel on the roads without it being repaired. While the home was in the parking lot of the shopping center, another party moved the home without permission or jurisdiction and damaged the home beyond repair, rendering the home immobile. Video footage of this happening has been obtained and has been turned over to Code Compliance and the Bexar County Commissioners office. We greatly sympathize with the owner of the home for their loss and hope that the responsible parties can come up with an amicable solution for them.”

We also reached out to District 6 Councilwoman Melissa Cabello Havrda’s office. She said, “It is very upsetting to me that anyone would have such a deep lack of responsibility and disregard for our community and its public safety. The abandoned trailer was supposed to be removed over the weekend. The District 6 staff and the City’s code enforcement department are working with the owners of the property where the trailer was abandoned to make sure that steps are taken for it to be removed as soon as possible. We will continue to monitor the situation.”

“I hope everyone [involved] gets punished for what they have done. [My mother] is elderly, she’s disabled and she didn’t ask for this,” said Ortega.