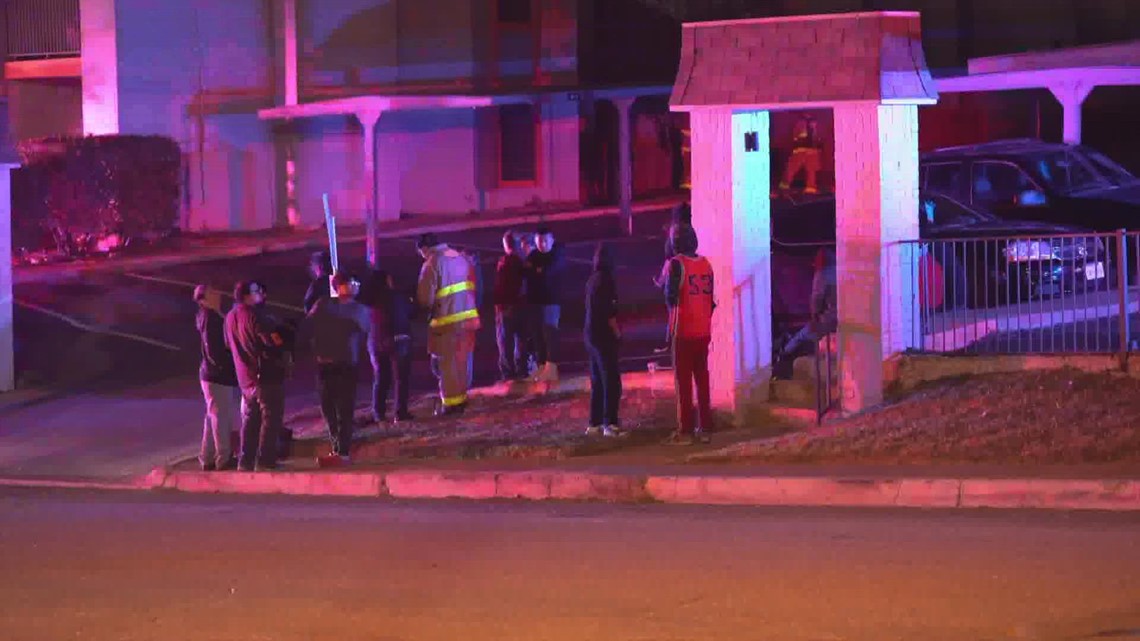 A spokesperson for SAFD called it a “stubborn fire” as crews had to return as the flames rekindled.

The fire broke out around 10 p.m. on Thursday at the Amber Hill apartment complex off Northwest Loop 410.

A spokesperson for SAFD called it a “stubborn fire” as crews had to return as the flames rekindled.

More than 100 firefighters responded to the call, and they believe it could have been going on for some time before someone noticed it and called it in, as the apartments units where the fire broke out were vacant.

Crews found heavy smoke and flames coming from some of the boarded-up apartments. Because of the size of the building and how fast it was spreading, crews called for a second alarm right away.

At first, they tried to fight the fire aggressively, but then had to change their approach to defensive since the fire had a head start on them. Thankfully, crews were able stop it from spreading to other buildings at a breezeway. That breezeway connects to other buildings, so stopping it in that area was imperative.

They did have to vacate some of the buildings close by, but they got those people out safely

“It looks like right now, four to six are going to be damaged from smoke and water. Again those were all vacant — mostly boarded up. That kind of slowed us down having to go in and fight the fire because we had to take down where it was boarded up to gain entry.” said SAFD spokesperson Joe Arrington.

Investigators will look into how the fire started.