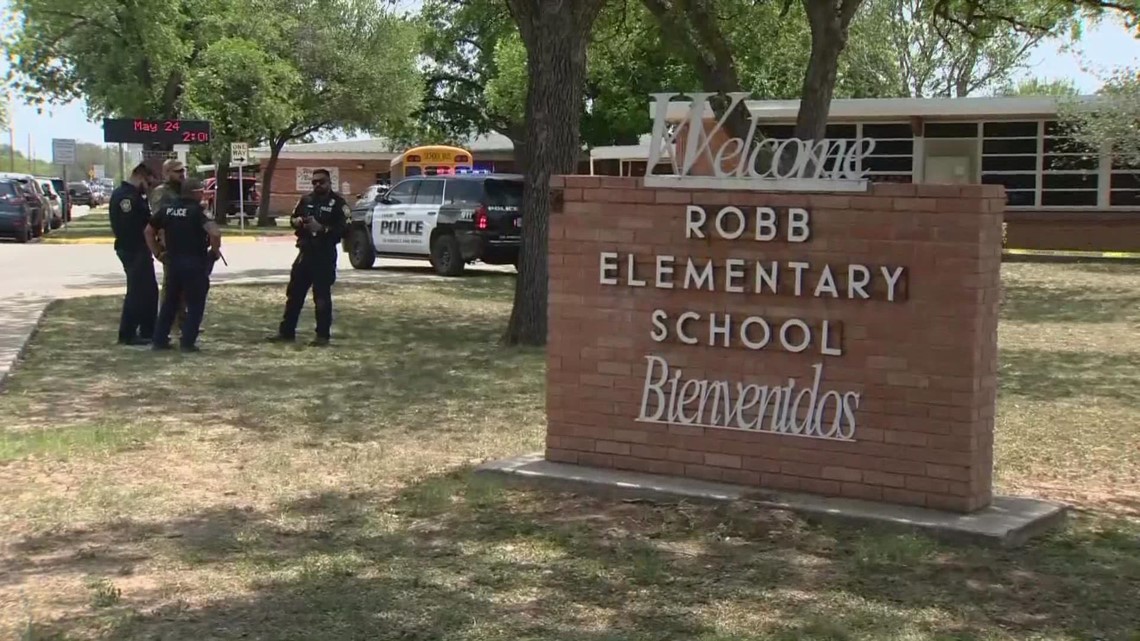 The report says the sheriff of Uvalde County, Ruben Nolasco, had vital information about the shooter but did not share it with other law enforcement.

UVALDE, Texas — A brand new report was released Thursday about the extent of law enforcement’s slow response to the shooting at Robb Elementary.

It says the sheriff of Uvalde County, Ruben Nolasco, had vital information about the shooter but did not share it with other law enforcement.

CNN is reporting Sheriff Nolasco was at his desk when he found out about the shooting at Robb Elementary.

He told an investigator he was going to join the operation, but then went to another crime scene.

CNN is reporting Nolasco went to the home where a woman had been shot in the head and stayed there, even as that crime scene was under control.

In body cam footage, he’s heard talking to the woman, asking who had done this to her.

That’s when he was told the shooter was her grandson.

CNN says it’s not clear if Nolasco was aware the woman’s grandson was also the school shooter, but they report that Nolasco later said under DPS questioning “it’s not going to take a rocket scientist” to connect the incidents.

The conversation with the grandmother about her attacker happened just before 11:40 that morning.

But CNN’s analysis of radio traffic and body-cam footage shows Nolasco didn’t share the information with law enforcement right away.

Even as law enforcement was trying to figure out who the suspect in the classroom was.

According to CNN, law enforcement isn’t heard calling the suspect by his name until about an hour later.

In the meantime, CNN reports body cam footage shows Nolasco went to the school 16 minutes after the shooting started, but didn’t take charge.

The last time we talked to Nolasco in November, he said he didn’t arrive on the scene until about 35 minutes after the gunman went into the school.

Sheriff Nolasco did not respond to CNN’s multiple requests for comment.

We will work to get a response from him throughout the day on Thursday, and let you know if we hear back.