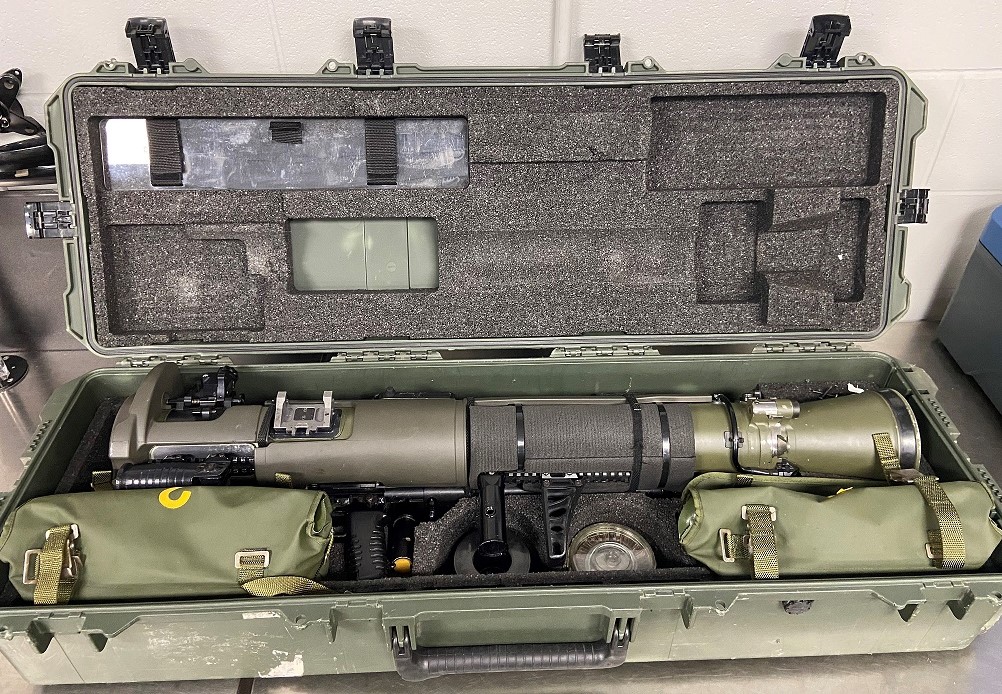 A man who attempted to fly with an 84 mm anti-tank rifle at the San Antonio International Airport on Monday will not be charged, police said.

According to San Antonio police, the unidentified traveler declared the weapon to the airline at the check-in counter, but TSA was not notified.

UPDATE: @TSA has confirmed that the passenger declared the item in question to the airline at the check-in counter but TSA was not informed. Out of an abundance of caution, TSA did not allow the item through baggage screening. https://t.co/W7CFK5M7nR

The weapon’s owner said the rifle was a de-militarized firearm that was going to be used as an exhibit item at a shooting and hunting trade show in Las Vegas. The owner identified the steps taken to de-militarize the prop and produced company paperwork to back his claims, police said. A TSA explosives specialist also confirmed the firearm wasn’t able to be used.

On ExpressNews.com: After Moses Rose’s owner refuses to sell, city may use eminent domain to take it for Alamo project

TSA officials, however, did not allow the weapon on the aircraft, and the man had to arrange for a family member to pick it up from the airport before rebooking a flight.

The agency said it intercepted a record 6,301 firearms in 2022 — a nearly 10 percent increase from the previous year.


Travelers must declare firearms and ammunition to airlines at check-in, and all unloaded firearms have to be stored in a “locked hard-sided container as checked baggage only,” according to TSA policy. A loaded firearm is defined as one in which both the firearm and ammunition are accessible to the passenger.