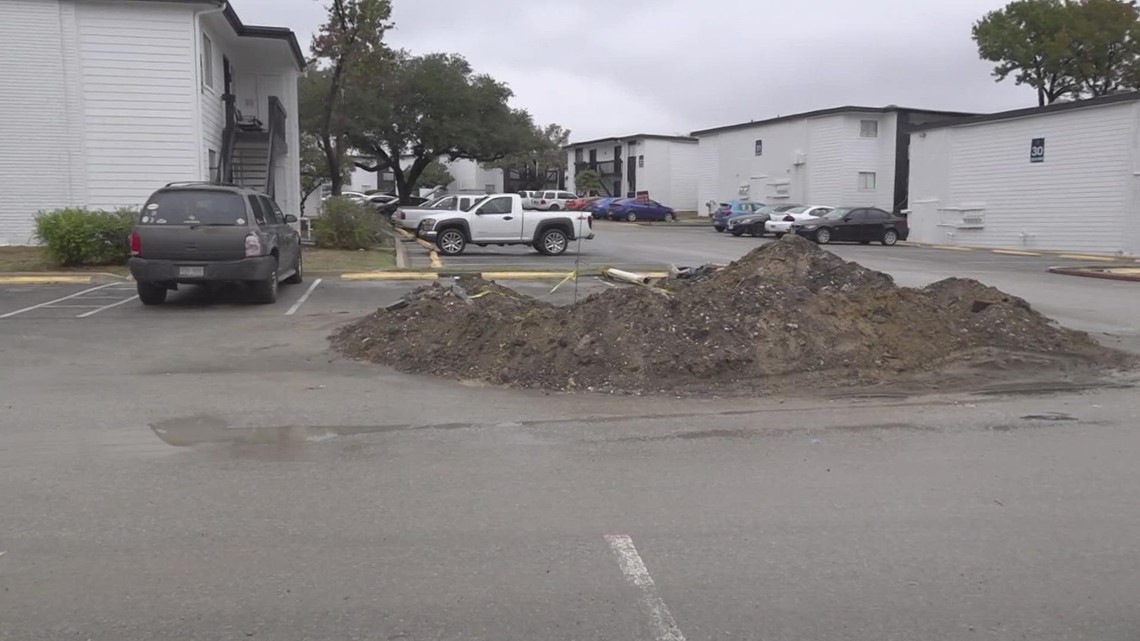 The city could fine the apartment complex’s owners thousands of dollars if the issues aren’t resolved.

One woman says it was almost impossible to get the complex to discuss the issues. But now, the city has confirmed they are working with the apartment complex to solve the problem.

KENS 5 already had received two emails about the hot water not working at Palatia Apartment Homes, and at the property this week, Ernesto Fajardo said it was still an issue.

“I don’t take a shower. I go to apartment of friend. Take shower,” he said.

Another tenant said he also has no hot water and his stove doesn’t heat up.

The apartment management did not return calls or an email from KENS 5 and refused to speak to us when we visited the property Tuesday.

Despite not responding to us, the apartment complex has been cited by the city of San Antonio for violations.

The city said, as of Wednesday, the complex still had nine buildings without gas. Repairs were on hold until next week as they wait for a valve to come in.

Some tenants did get their hot water back this week, as the mother of one tenant confirmed Tuesday.

The city confirms the complex is facing up to $9000 in possible fines, and inspectors were out looking at some recent repairs.

Although some fixes have been made, other tenants could be facing a rough holiday season as they wait for their gas to get repaired.

If the apartment complex does not address the issues, the city will eventually take them to Municipal Court and attempt to enforce those fines.