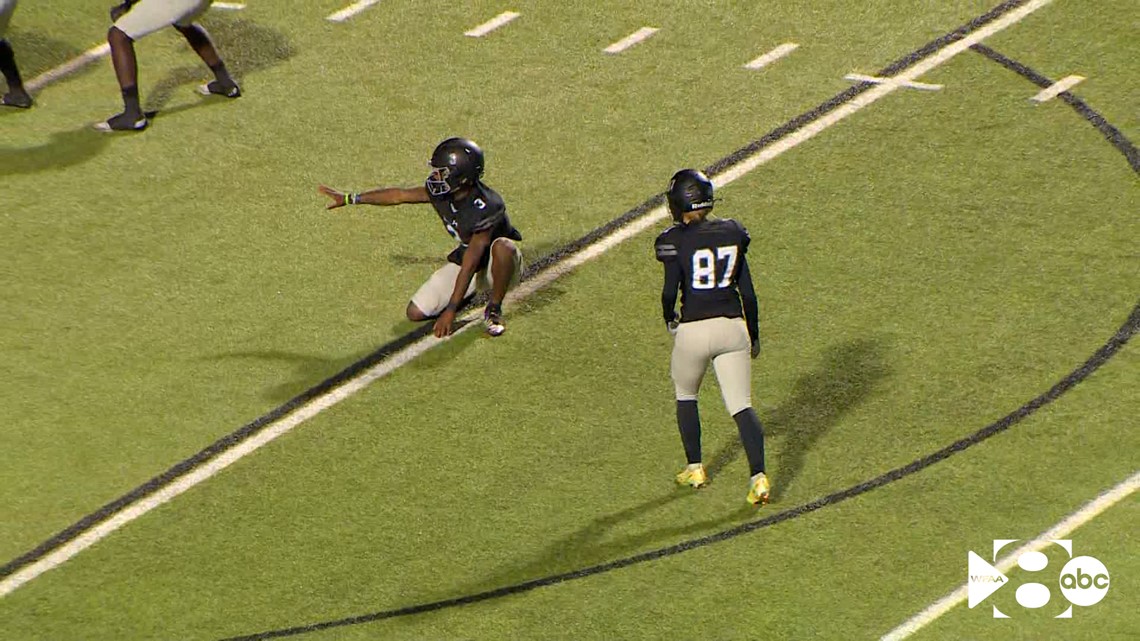 MANSFIELD, Texas — History was made Friday night on the gridiron in North Texas.

Mansfield Timberview entered the playoffs undefeated with a 10-0 record, boasting an explosive offense that averaged 61 points per game. The history came, however, from its right-footed kicker who only scores one point at a time.

Emma Young, 15, became the first female kicker in Mansfield Timberview High School history to kick a field goal or extra point. Young is a sophomore who used to play soccer and kicked for the JV team through several games earlier in the season. Head football coach James Brown said Young has kicked more than 15 extra points during the regular season.

Well, on Friday night in Timberview’s varsity playoff game, they called on No. 87. Young kicked two extra points in the first half and the subsequent kickoffs after those scores.

Here’s the video below:

HISTORY! 🏈 Sophomore kicker Emma Young became the 1st female kicker in school history to kick in a playoff game. She kicked 2 extra points in the 1st half and the subsequent kickoffs after those scores.

Young is no stranger to the football program at Timberview, either. Her father, Jason Young, has been a defensive line coach there for 16 years. Mansfield ISD officials said Young never expects to receive special treatment as a coach’s kid, but she does enjoy the time she gets to spend with her dad.

“I just don’t see doing it without him,” Young said.

Mansfield Timberview went on to defeat Frisco Heritage in the bi-district round of the playoffs, 33-14. They’ll face Barbers Hill next week in the area round.