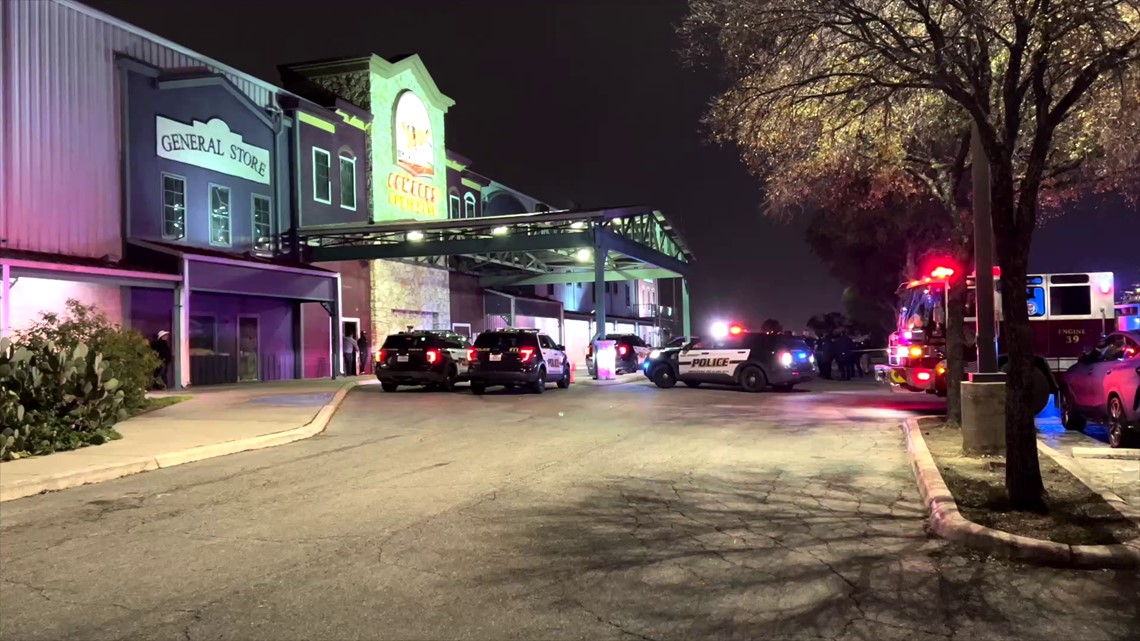 Security guards were removing a woman from the bar when her boyfriend got inside his truck and hit the officer.

SAN ANTONIO — Things went from wild to out control at Cowboys Dancehall early Monday morning when an off-duty officer got hit with a truck by a suspected intoxicated driver.

This all started around 1:30 a.m. when San Antonio Police got a call for an officer in trouble.

SAPD said an officer from Von Ormy who works security was removing a woman from the bar when her boyfriend got inside his truck and at some point, hit the off-duty officer, pinning him against another vehicle.

The boyfriend drove off, but crashed on Austin Highway and was taken into custody.

Police believe he was intoxicated.

The man’s girlfriend was also injured and taken to the hospital.

The officer was taken to University Hospital in stable condition.