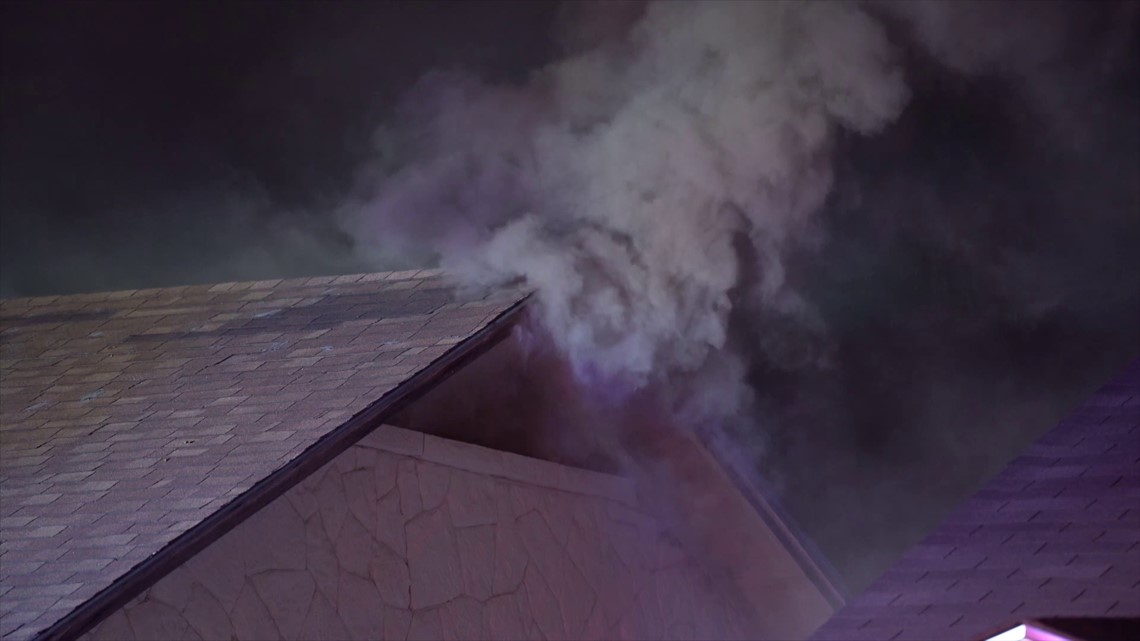 SAFD says embers from the chiminea must have blown out and caught the dry vegetation and a large bundle of chopped wood on fire, which then jumped to the home.

SAN ANTONIO — Firefighters say that a chiminea is to blame for causing a fire at a home near Thomas Jefferson High School, northwest of downtown.

It happened around 4:01 a.m. Monday morning on the 100 block of Thomas Jefferson Drive.

When first responders arrived, they began attacking the fire from the back of the building.

Officials believe a chiminea that was used Sunday night sparked the blaze, catching the rear of the home on fire.

Embers from the chiminea are said to have blown out, causing the dry vegetation and a large bundle of chopped wood to ignite in the back yard, creating a large blaze.

The Battalion Chief says the rear of the home caught fire then spread to the attic.

They were able to take down the fire quickly.

Officials say there was substantial damage to the back of the home and inside the attic.

The fire has displaced one woman and two cats.

No injuries were reported and no estimate on the amount of damage caused by the fire.