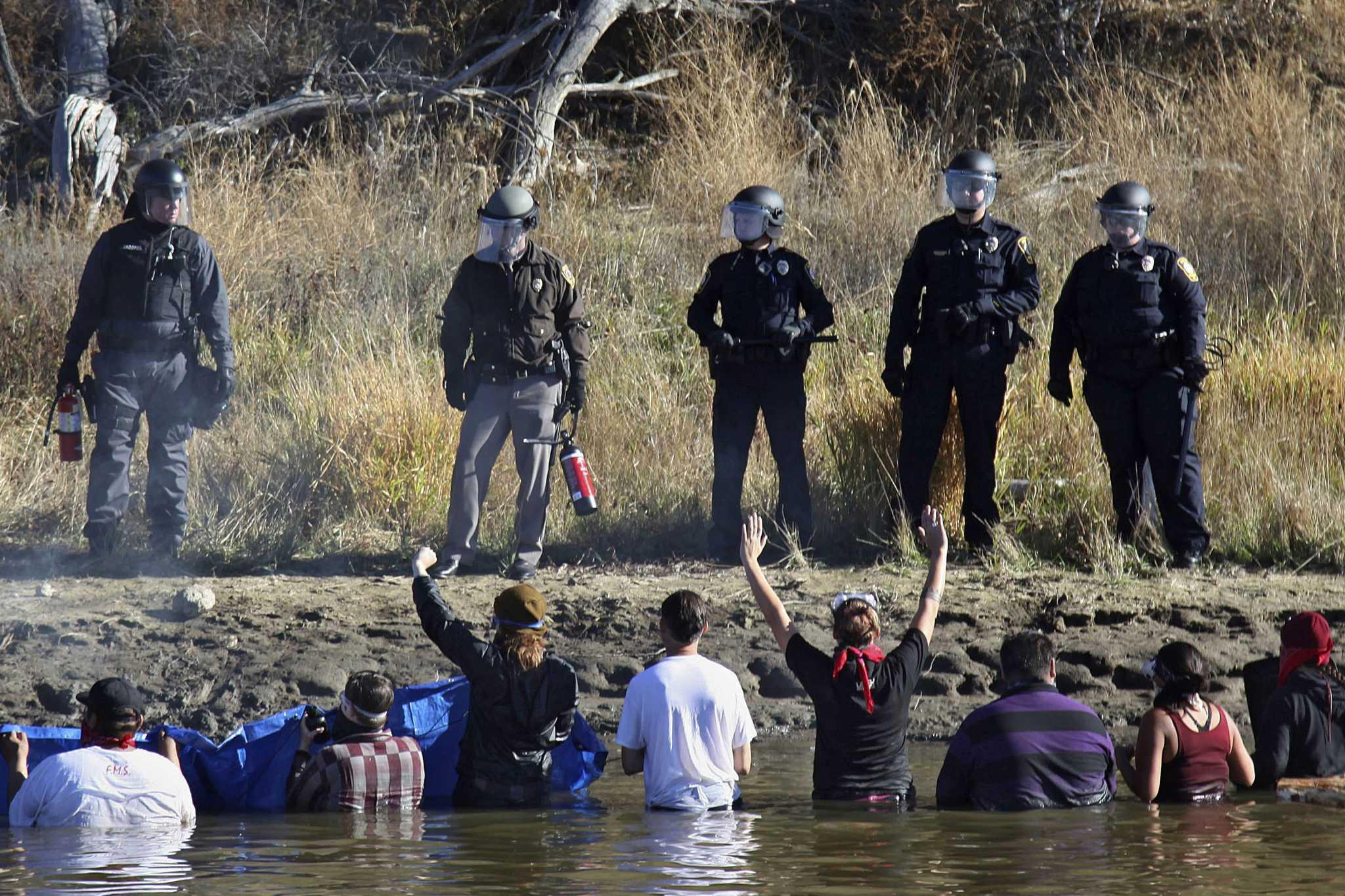 WASHINGTON — Over the past five years, pipeline giant Energy Transfer has filed dozens of lawsuits and subpoenas against people and groups that participated in and supported protests against its Dakota Access pipeline in 2016.

The Dallas-based company has said the protests, which resulted in a months-long delay of the project, were part of a conspiracy to defame Energy Transfer, claiming billions of dollars in damages — a claim dismissed by a federal judge in 2019.

Now, Congress is examining whether lawsuits by Energy Transfer and other companies in the oil industry are part of a strategy to harass activists into giving up their fight against greenhouse gas emissions. Rep. Jamie Raskin, D-Md., chairman of the House Subcommittee on Civil Rights and Civil Liberties, called the effect of the legal actions “chilling” at a hearing last week.

“Wealthy and powerful corporate entities are dragging citizens and public interest opponents through meritless but protracted and extremely costly litigation to expose anyone who dares stand up to them to personal and financial ruin,” he said.

The hearing was the latest salvo in the climate change debate. Oil companies and their Republican allies in Congress criticize Democratic efforts to rapidly reduce greenhouse gas emissions as impractical and likely to drive up energy prices, while Democrats attack oil companies as opportunists seeking to enrich their shareholders at the expense of the planet.

“Certain groups have sought to misrepresent Exxon Mobil’s positions and its support for effective policy solutions by recasting genuine policy debates as a disinformation campaign,” Todd Spitler, a spokesman for Houston-based Exxon, said in an email. “These charges are baseless, and any suggestion to the contrary is false.”

A report by the activist group EarthRights International found that more than 150 individuals and organizations were targeted by lawsuits and subpoenas by oil companies over the past decade. Those legal actions include Exxon’s efforts to prove activists and state officials in New York and Massachusetts were conspiring against it through climate change litigation, as well as TransCanada’s lawsuits against protesters over its failed Keystone XL pipeline.

Some public officials were targeted, including Beto O’Rourke, the gubernatorial candidate whom Energy Transfer CEO Kelcy Warren sued over his criticisms of massive profits earned by the pipeline company during last year’s winter storm, which left Texans without power for days.

But many are little-known people and nonprofits. For activists caught up in the litigation, the costs can be considerable.

Legal cases can stretch out for years, and demands for documents and correspondence can cripple smaller groups with limited budgets, said Kirk Herbertson, an EarthRights International senior policy adviser.

“You can ask for someone’s private information, for their internal emails and communications and private personal information like their bank accounts,” he said. “You can be forced to testify under oath and answer questions for hours and days.”

And oil-producing states such as Texas and Oklahoma have enacted tough new laws to protect energy projects by imposing lengthy prison sentences for protesters deemed to have interrupted the construction or operation of “critical infrastructure.”

At Wednesday’s hearing, Anne White Hat of the Sicangu Lakota tribe described being arrested for trespassing in Louisiana despite having obtained permission from a landowner to protest the construction of a pipeline.

“Over a dozen of us have for several years had the possibility of lengthy prison sentences hanging over our heads,” she said.

Raskin said he wanted to establish federal protections for activists, following the model of measures known as anti-SLAPP (strategic lawsuits against public participation) laws, adopted in more than 30 states.

But he is likely to face opposition from Republicans, who described such legislation as part of a wider effort by the Biden administration and Democrats to stifle alternate views on climate change and other issues.

“The implication is the Biden admin dictates truth, while dissenting views are labeled misinformation,” Mace said.