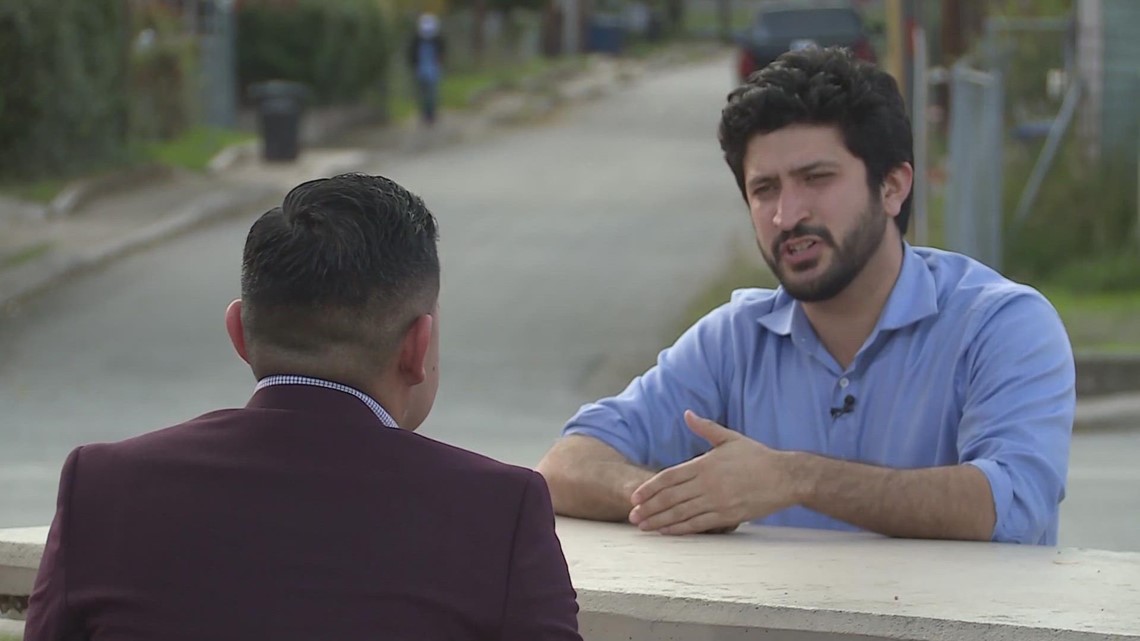 The 33-year-old won overwhelmingly in the House District 35 race, which spans from east Austin to several counties like Hays, Comal and Bexar.

SAN ANTONIO — Congressman-elect Greg Casar is ready to get work in Washington D.C. In one of his first sit-down interviews, since he won in November, Casar will be sworn in to the U.S. House of Representatives on January 3.

The 33-year-old won overwhelmingly in the House District 35 race, which spans from east Austin to several counties like Hays, Comal and Bexar.

“I try to make sure that we are walking the talk,” he said.

Before his official start, Casar has essentially got to work. He recently expressed his support for House leadership to take action on extending the expanded Child Tax Credit and Earned Income Tax Credit.  According to a recent release, he would like funding investments into early childhood programs, and delivering relief to Deferred Action for Childhood Arrivals (DACA) recipients through the House-passed Dream and Promises Act.

“We want to be able to show immediate action,” he said.

He said the people he spoke with all over Bexar County told him that want to see the government work for them.

“Nobody said, ‘I want to see the government work slower,'” he said. “They want to see us get immediately to work.”

Casar was a member of the Austin City Council. He previously said he ran on a bold unapologetic platform. He is part of the new freshman class, which is said to be the youngest in recent history.

“I, as a young person want to respect and learn from the elders who have taken us this far,” he said. “But, want to use my energy to immediately get to the work, like raising the wages for working class people, and frankly, living up to San Antonio’s civil rights legacy. Advancing civil rights in a time where we are seeing a lot of people’s basic rights under threat.”

He said he is ready to bring his progressive ideas to the nation’s capital, and wants to tackle what he calls the big issues.

“Reforming the Supreme Court, addressing climate change, raising worker wages, trying to bring abortion rights back,” he said. “But also, the day-to-day issues that people care about in the heart of San Antonio.”

This will be no easy task for the freshman, as he is stepping into the House where Republicans have the power.

“If we can negotiate good policy outside on to policy Republican to Democratic if it takes care of civil rights, or economic fairness to people in San Antonio, I am ready to comprise to move us forward,” he said. “I am not just ready to comprise our values.”

Casar also addressed the people who didn’t vote for him, or side with his beliefs.

“We are going to be there to serve you because my job is to make sure people have good schools and a safe retirement,” he said. And have a representative that is going to have townhalls and answer the hard questions and be honest.”

A big promise from the congressman-elect is to have a major presence in our city.